It’s a race that the Irish trainer has won for the last three years.

Odds-on favourite Pinatubo will face 14 rivals for the first Classic of the UK flat season, which will be held behind closed doors.
+++
Racing is underway in Kempton this Afternoon. The first race of the day at 1 o’clock went to no.4 “Never Dark” at 2/1 Favourite.

The highlight of the racecard is the “Unibet Classic Trial” which runs in Kempton at 2.45.

The midfielder was pictured at the scene of an accident in which a Range Rover crashed into two parked cars.

=
Amazon Prime has announced it will make all four of their remaining Premier League matches this season free to air.

It means 33 of the 92 top-flight games, shared between Sky Sports, BT Sport, Amazon and the BBC, can be viewed without a subscription.

The Premier League is set to restart on the 17th of June.
+++
In preparation for those matches, Premier League teams will have the chance to play games in the next two weeks in order to tune up for the competition’s restart on June 17th.

The league will permit clubs to play friendlies against Championship opposition under strictly controlled conditions.

Social distancing restrictions and hygiene measures will be in place and referees will not take charge of the games.
===
Leipzig coach Julian Nagelsmann admits that Liverpool target Timo Werner is likely to leave the club this summer.

The Germany attacker has a 60-million Euro release clause and has long been linked with the soon to be Premier League champions.

Nagelsmann says he can do nothing more in his attempts to keep the player at the club.

ANTI-DOPING
A date in early November has been set for Russia’s appeal against their four-year sporting events ban at the Court of Arbitration for Sport.

The suspension was handed down after the Russian Anti-Doping Agency was found to be non-compliant by WADA last year.

It blocks Russian athletes from competing under their own flag at the Olympics and Paralympics and also bans Russia from hosting or bidding for major sporting events for a four-year period.

RUGBY
David Humphreys says it felt the “right time” to step away after six years as Gloucester’s Director of Rugby.

Former Ireland out-half Humphreys believes it’s best to clear the way for the Premiership club to have a clean start with their next head-coach.
+++
Supporters could be allowed into rugby matches in New Zealand as soon as this month.

New Zealand Prime Minister Jacinda Ardern will decide on Monday whether to lift limits on mass gatherings that were imposed to curb the spread of coronavirus.

That would open the door for fans to attend the opening round matches of the new Super Rugby competition which begins on the 13th of June.

FORMULA ONE
Formula One boss Chase Carey has confirmed that a positive COVID-19 test by a driver would not result in a Grand Prix being postponed.

He says if a driver were to contract the virus, then his team would have the option to use a reserve.

The delayed Formula One campaign will get underway with back-to-back races in Austria in July. 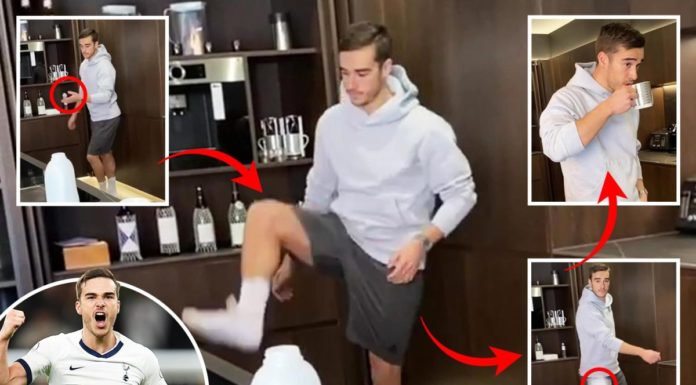 Forget football – the real heroes are the brave doctors and nurses of our...