The legendary Rod Laver presented the trophy to Rafael Nadal at the conclusion of the U.S. Open, which is the last Grand Slam of the decade. There was great symbolism in his choice because in 1962, Laver became the first player to win the Grand Slam at a time when money earning tennis players were not allowed to compete at the four major tournaments.

The U.S. National Championships was renamed the U.S. Open because it was the first tournament ‘open’ to professionals and amateurs. Ironically, the first U.S. Open was won by Arthur Ashe, then an amateur, who could not collect the prize money, which was handed to the runner-up Tom Okker of Netherlands, the “flying Dutchman.”

The USTA decided to move the venue from the private members’ Westside Tennis Club at Forest Hills to Corona Park. The first stadium constructed by Hy Zausner and named after Louis Armstrong, who practiced playing his saxophone in the Park. In 1997, a Stadium was built and named Arthur Ashe Stadium as the first winner of the U.S. Open. Also, the Willets Point (Shea Stadium) train station had an additional sign: “Arthur Ashe Stadium.”

Later, the entire Complex was named Billie Jean King National Tennis Centre, comprising two main bowls, an Indoor facility and outside courts. This year, the roof over Arthur Ashe stadium was commissioned. It is said that in tennis, a grand (first) appearance is rare. As a debutant in 1971, Chris Evert reached the semi-finals and lost to Billie Jean King. America’s Pam Shriver reached the finals and lost to Chris Evert. Venus Williams reached the finals in 1997 and lost to Martina Hingis. Bianca won the title in 2019.

Tennis archivists reveal that only Monica Seles had won Roland Garros in her fourth appearance, while five female players reached the final of a major with less than five appearances. They were Pam Shriver, Chris Evert, Venus Williams, Monica Seles and Natasha Zvereva.

In tennis, a grand entrance is rare. Bianca also became the first teenager to win a Grand Slam, after Maria Sharapova defeated Serena Williams at the 2006 Wimbledon championships.

Bianca revealed another dimension in her ascendancy. She meditates. Hear her: “After I won the Orange bowl (junior event) in 2015, I took a cheque leaf and wrote (myself) the prize money for women at that year’s U.S. Open. Every year, I kept changing it because it kept changing. I just kept visualizing that moment since that day. Now, being the actual champion is just so crazy. I’m so proud to be Canadian. Without Tennis Canada’s support, I really won’t be here today.”

Canada is truly agog, as their basketball team, Toronto Raptors had also won the NBA championships.Bianca started the year ranked 178 in the world. On the Monday after her victory, she rose to number five in the world. As to the future, she said: “Ever since I was a little girl, I’ve wanted to win a Grand Slam and hopefully (will win) many more to come, become number 1 in the world, create history and be an inspiration for many people.’ She has created history.

Nadal’s path to history has been well chronicled. His appearance in the finals resulted in record breaking attendance but also generated questions about the change of guards that the public craves. Matteo Berrettini and Daniil Medvedev stated that the top three are made of sterner stuff. Asked about the recipe for his success, Nadal listed “inner will to win, a good support team, hard work, discipline and keeping a positive attitude.”

Daniil Medvedev said it is so hard playing against Nadal. The Russian also made a confession. At the end of the second set, thoughts arose in his mind about his speech as a runner-up. Had those thoughts lingered in Daniil’s mind a little longer, Nadal could have won in three sets. A lesson Medvedev took away from that final match is that “it’s not over until the last point.”

Rodney George Laver did more than hand the trophy to Nadal, “leftie-to-leftie.” He commented on efforts to tame compatriot Nick Kyrgios into the Spartan discipline that was the hallmark of the great Aussies groomed by Harry Hopman. In order to maximize the opportunities of his great talent, Kyrgios may well advise himself to change his attitude about Nadal and Djokovic and begin to emulate their professionalism. Admiration draws a person into the circle of the successful, while envy separates from them. It is Creation’s law of affinity; that birds of the same feather flock together. In Canada, Bianca and her compatriots would call it loi d’affinite. 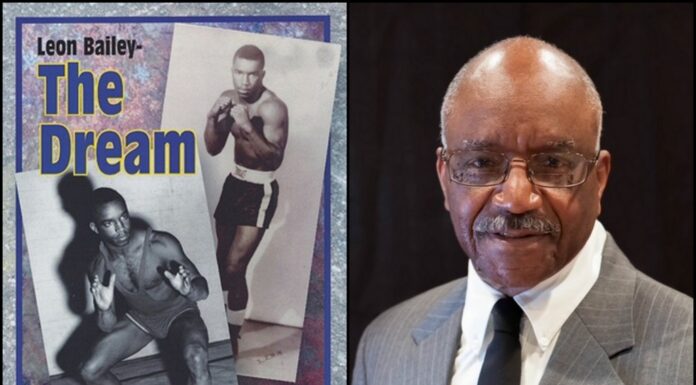