Larin, upping his Canada goals total to 11 in 32 matches, continued his banner season. The 25-year-old from Brampton, Ont., ranks third in the Turkish Super Lig with 14 goals for Besiktas and looks full of confidence.

Richie Laryea and debutant Theo Corbeanu also scored for Canada. Kane Critchlow replied for Bermuda with a second-half goal against the run of play.

Davies, meanwhile, was a constant threat. The Bayern Munich star fullback, moved into a more attacking position by coach John Herdman, tormented defenders on the left flank while providing quality service to teammates.

Watch below: Some Global News videos about Alphonso Davies.

Firmly in control, Canada led 2-0 at the half and it could have been much more.

Canada is ranked 73rd in the world (seventh among CONCACAF countries while Bermuda is No. 169 (22nd in CONCACAF). Thursday’s match marked Canada’s first competitive match since a 4-1 CONCACAF Nations League loss to the U.S. on Nov. 16, 2019, at the same venue.

Bermuda gave up a number of early free kicks and Canada made them pay in the 19th minute when Larin, in a crowd, got his head to a curling set-piece delivery from Davies.

The goal seemed to discombobulate the Bermudians, whose shape began to evaporate. It was one-way traffic the rest of the way at Exploria Stadium.

Larin made it 2-0 in the 27th after Bermuda goalkeeper Dale Eve left his penalty box in search of the ball. Davies got there first and _ as Eve scrambled to get back into position _ fed it to Larin, who coolly beat a defender and slotted it in.

Laryea scored his first for Canada in the 53rd minute, beating Bermuda’s sloppy attempt at an offside trap before putting the ball past Eve.

Critchlow cut the margin to 3-1 in the 63rd minute after goalkeeper Milan Borjan spilled a cross from Lejaun Simmons. Critchlow was Johnny-on-the-spot, poking the ball in.

Larin scored his third in the 68th minute, set up again by Davies who had his choice of teammates to choose from in the box. The 18-year-old Corbeanu made it 5-1 in the 81st, tapping home a perfect low cross from fellow substitute Liam Millar.

Larin and Laryea both came up through the Sigma FC program in Mississauga, Ont.

While officially a Canadian home game, the match was shifted to Orlando because of pandemic-related travel restrictions. The Canadian men face the Cayman Islands on Sunday in Bradenton, Fla., in a game that was to have been hosted by the Caymans but was moved to ease similar quarantine hurdles.

Herdman positioned Lucas Cavallini at the tip of the Canadian spear with Davies, Larin and Junior Hoilett behind him in a potent attack.

For the 38-year-old Hutchinson, it marks his fifth round of World Cup qualifying. Only goalkeeper Pat Onstad, with six, has taken part in more among Canadian men.

Hutchinson, playing in his 28th World Cup qualifier, wore the captain’s armband for the 12th time.

Canada’s starting 11 Thursday took the field with a combined 266 caps under their belt. Some 191 of those came from Hutchinson, Borjan, Larin and Hoilett.

Eve needed treatment for a bloody nose after a collision trying to haul in a header off a Davies free kick in the third minute. He stayed on, with both nostrils stuffed with cotton wool.

Davies was chopped down in the 10th minute as the physicality continued. But he showed his blistering pace in the 15th minute, rounding two defenders at the byline only to see the ball go out.

Cavallini could have had a hat trick in the first 35 minutes.

He was put in alone in the 16th minute but Eve got a hand to his low shot from the edge of the penalty box. The Whitecaps striker had another chance in the 34th minute, after a defender whiffed on a Davies cross, but shot just wide.

A minute later, Cavallini’s shot off another fine Davies feed slammed off the crossbar. The burly striker held his head in his hands and kicked the goalpost in frustration.

Eve made a fine reflex save to stop Cavallini’s header in the 56th from close range.

Nashville SC fullback Alistair Johnston came on in the 69th minute to earn his first Canada cap. Corbeanu, an 18-year-old attacking midfielder who plays for Wolves under-23 side in England, followed in the 77th.

Canada improved to 6-0-4 all-time against Bermuda.

Bermuda, whose population of 72,000 is about the same as Sarnia, Ont., was without Bristol City forward Nahki Wells due to quarantine issues. The Bermudians managed just five players on their bench, compared to 12 for Canada.

Thirty countries, split into six groups, are taking part in the first round of qualifying in the region which covers North and Central America and the Caribbean. Only the group winners move on.

In all, the Canadian men will have to play at least 20 qualifying games to get to Qatar 2022. 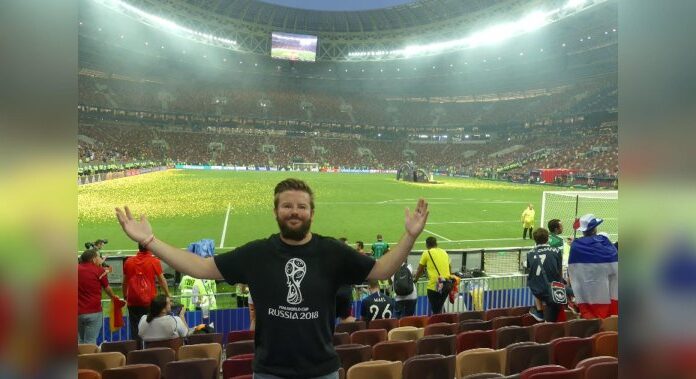 Naomi Osaka reaches China Open round two despite being 'riled up'