The Frenchman is also said to be unhappy with the club, after promises he was given upon signing his new contract have not been fulfilled.

Mbappe was criticised by pundits and fans alike after a video clip appeared to show him stropping when he was not given the ball on a counter-attack during PSG’s 5-2 win over Montpellier.

To top it all off, Mbappe missed a penalty before Neymar stepped up and converted another later in the game, despite Mbappe’s pleas to take the second spot kick as well.

After the game, Neymar appeared to like a pair of tweets criticising Mbappe’s apparent role in the team as the main penalty taker.

The pair were scheduled to be hauled in by PSG to clear the air, but if new reports are accurate then this appears to have not provided the solution Mbappe was looking for. 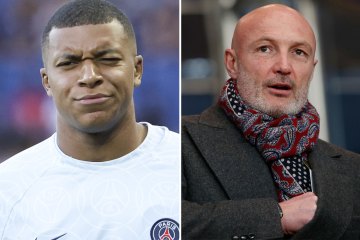 AS report that as a part of his new mega-contract Mbappe would be given the opportunity to take all of the team’s penalties and have power over club decision-making in transfers and appointments.

However, the report adds Mbappe’s new-found power has caused a rift between him and some of his team-mates, leaving him feeling “isolated.”

The World Cup winner has also been left “disappointed” with the club failing to sell Neymar, a move Mbappe did not object to.

What will not be helping is Mbappe’s relatively slow start to the season.

Neymar and Lionel Messi look to have found the spark which made them a part of one of Europe’s deadliest attacks while at Barcelona, with 12 goals and assists between them to Mbappe’s one.

Mbappe turned down a move to Real Madrid in favour of a new three-year deal with the Parisians, with his wage package worth a staggering £507m.