The 38-year-old former Victoria’s Secret model topped up her tan lying on the beach.

Germany goalkeeper Trapp and Goulart jetted to St Barts before Christmas and saw in the new year together.

They were previously pictured on the beach, before Goulart posted a snap of herself lying on the sand to Instagram.

The Brazilian has over 4.5million followers on the social media platform.

She wore a green thong bikini as she topped up her tan next to stunning crystal clear waters. 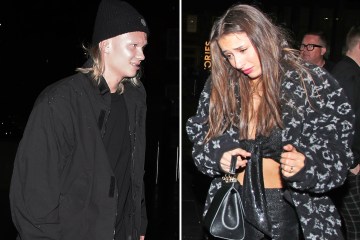 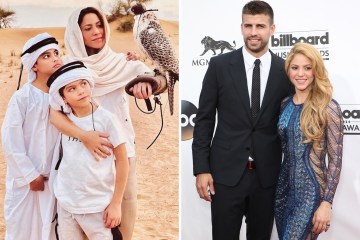 She posted another picture to her followers yesterday from St Barts showing off her figure while taking in a mesmerising sunset.

Goulart also shared a loved up video of the pair sharing a hug on New Year’s Eve.

She wrote: “Happy New Years everyone! Sending lots of love to each one of you.

Trapp does not return to club action with Eintracht Frankfurt until January 21st, so the pair have enjoyed a relaxing break after the World Cup.

Goulart attended Germany’s World Cup opener in Trapp’s full keeper’s kit with his No12 on, before heading to the following matches against Spain and Costa Rica.

The pair began dating in 2015 before getting engaged three years later.

Goulart has previously boasted that her and Trapp make love up to five times a week.

Lifting the lid on the couple’s bedroom antics, she said in 2018: “Kevin and I make love a lot – four or five times a week.

“But if he has played in an important game and his team loses, I can make myself beautiful, have my nails done and wear my best lingerie – and there still won’t be any sex.

“However, on the days when the team has won, we don’t get a wink of sleep.” 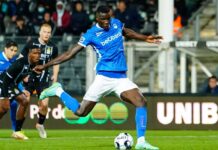 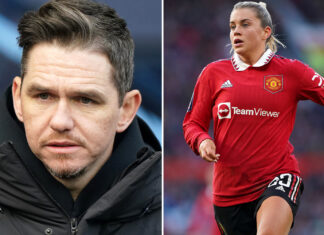