John Sugrue’s Kerry Under 20 football management team has been ratified.

He has been joined in the set-up by Kieran O’Leary of Dr Crokes and Brendan Guiney from Listowel Emmets.

Also, following a ballot, Dermot Lynch was chosen as Kerry’s representative to contest the position of Treasurer of the Munster Council.

Of the 23 motions discussed at the meeting of county committee last night:
3 were defeated
10 were withdrawn
1 was referred to the CCC
4 were carried
3 were referred to the January meeting
& clubs are to make suggestions on 2 motions before the year’s end.

MOTIONS
Motion 1- That the number of senior club teams in the County is increased from 8 to 10 by promoting the intermediate winners, with no relegation during a two-year period. Defeated

Motion 3- That the venue for all future Senior County Championship Finals involving two teams from the East Kerry District be Fitzgerald Stadium, Killarney. Refer to CCC

Motion 5- That two teams qualify from each group for the Quarter Final in The Intermediate, Junior and Premier Junior Club Championship. Defeated

Motion 6- That the format of the County Junior Football Championship be redesigned so that the top 2 teams from each of the four-team groups contest quarter-finals. This would replace the existing system whereby only the top teams compete in semi-finals. The top team in each group should then have home advantage in the proposed quarter-finals, thus rewarding them for topping their group. Withdrawn

Motion 7- That the final round of the Senior Football League be completed prior to the Senior County Championship starting. Carried

Motion 8- That the Final Round of the County Senior Football League should proceed on the scheduled dates irrespective of the availability of County Players. Withdrawn

Motion 9 – That in Division 1 of the County League where one team clearly finishes on top of the table on points, that they be deemed the Division 1 winners there by avoiding the need for a final. Carried

Motion 10- That the same structures and rules as for other divisions in the County League be applied to Division 5. Refer to January meeting

Motion 12 – That Division 5 of the Kerry Senior Football County League be redrafted as a division of 12 teams. In the case of more than 12 teams intending to compete at Division 5 level then a new Division 6 should be created. On creation Division 6 should only contain B (or C) teams. Division 6 should then be trialled for a minimum of three years. Promotion and relegation should follow the existing three up and three down model. Refer to January meeting

Motion 14 – That in the interests of competition integrity and fairness – no player be allowed to play in two divisions of the Kerry Senior Football League on the same weekend. If a player does take part in two games then the game in the lower division is automatically forfeited by his club. Withdrawn

Motion 15 – That all clubs competing in Division 5 and below of the Kerry County Senior Football League have the option to play league games as 13-a-side by default. Withdrawn

Motion 16 – That the County CCC look at the eligibility criteria for players partaking in Junior Cups. Clubs to make suggestions before year end

Motion 17-That the eligibility criteria for the Junior cups be reviewed, before the commencement of the 2020 competitions, as there are clubs who can’t participate as too many players were excluded. Clubs to make suggestions before year end

Motion 18 – That an urgent review of the structures and time frame of club Minor competitions be undertaken as too many players, in this vital cohort, have no club football for too many months, particularly during the Summer. Such a review should include representatives of the County Board, the Clubs and Coiste Iarbhunscoileanna. Withdrawn

Motion 21- That suitably qualified medical personnel be engaged by Coiste Chontae Chiarraí to be present to treat any injury/illness that may arise either to players or the attendance at all Senior County Championship games. Withdrawn

Motion 22 – That, in the interest of fairness, Kerry County Board actively pursue a scaled pricing structure for All-Ireland tickets. Defeated

Motion 23 – That Kerry County Board actively pursue a fairer allocation of All-Ireland tickets be given to participating counties. Participating counties should receive a higher percentage of tickets in more centrally located sections of Croke Park. Carried 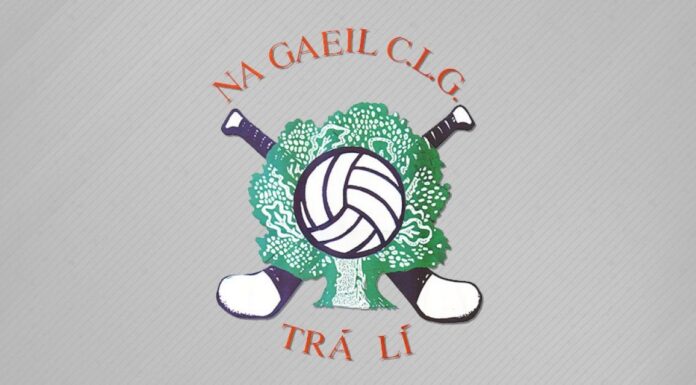 Coppin State Softball outhits Delaware State in both games but drops Twinbill to the...