JURGEN KLOPP is now ODDS-ON favourite to be the next Premier League manager to leave his job after Liverpool’s loss at Leicester.

The Reds lost their third league game on the bounce at the King Power, with the German boss conceding that their title defence is now over.

Klopp, who has led the Reds to Champions League and Prem glory in the past two seasons, was priced at 10/1 to be the next boss to depart before the 3-1 loss to Brendan Rodgers’ side.

But, after James Maddison, Jamie Vardy and Harvey Barnes cancelled out Mo Salah’s opener, those odds have now been drastically slashed to 4/7.

There is no suggestion Liverpool are planning to sack their iconic boss.

And any departure would almost certainly be down to the 53-year-old deciding to walk away.

Klopp has been enduring a difficult time in his personal life after the death of his mother, announced this week, with coronavirus restrictions blocking the former Borussia Dortmund boss return home to attend the funeral.

That has coincided with his most testing spell on the field of his Anfield tenure, with the defending champions’ scintillating form of the past two years faltering.

Football fans have compared the Reds’ current situation with that of Dortmund’s during Klopp’s last season in charge there.

Following an under-par start to 2014-15, Klopp announced in April he was leaving the Bundesliga giants at the end of the campaign.

Klopp admitted the title race is over as Liverpool fell 13 points behind leaders Manchester City, who also have a game in hand.

He said: “I don’t think we can close that gap this year, to be honest.”

Next Prem manager to leave odds

Asked if the title race was now over for his reigning champs, he added: “Yes, I can’t believe it but yes.”

Klopp was furious with VAR Stuart Attwell over Maddison’s free-kick equaliser, claiming the official paused the replay at the wrong moment and his goal should have been ruled out for offside.

But Klopp fumed: “VAR should be completely objective but it’s not, because somebody has to make a decision whether it’s offside or not and which is the moment when we judge the offside.

“I’ve seen the replay plenty of times and Maddison didn’t even touch the ball when Stuart Attwell judged the situation.” 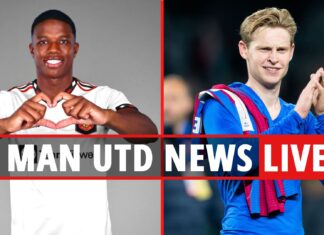