JOSE MOURINHO risks the wrath of Lionel Messi if he takes the Paris Saint-Germain manager’s job – after he declared Cristiano Ronaldo was the greatest player of all time.

SunSport understands the former Manchester United, Chelsea, and Tottenham chief is being considered by PSG to take over from Mauricio Pochettino.

Pochettino won Ligue 1 with the Parisiens but could only guide the team to the last 16 in the Champions League, losing out to eventual winners Real Madrid in a late collapse.

And following the news that Kylian Mbappe signed a new deal which gives him powers to decide the club’s manager, Pochettino and PSG director Leonardo have been linked with the exit door.

And if the Portuguese does decide to take the plunge and enter his first managerial job in France, he may have some explaining to do to Messi about some comments he made in 2012. 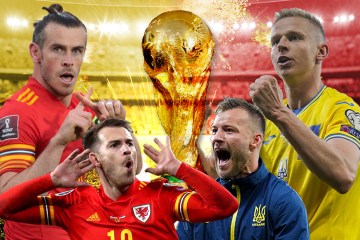 The Portuguese tactician told A Bola in 2012: “If Messi is the best on the planet, Ronaldo is the best in the universe.”

However, this was from a decade ago when Mourinho was managing Ronaldo at Real Madrid – the former Chelsea and Manchester United boss has since given a far more neutral answer on the debate of the ‘GOAT’ since.

While in-between managerial jobs he told beIN Sports: “I think it’s unfair to both of them when somebody says this one is better than the other one. I think they are just different.

“When you go to Messi and Ronaldo, I think it’s just unfair to compare the players. The only thing I can say is that when I had Ronaldo on my side, I was a very happy man.

Whether Messi actually cares about the debate is another matter, of course. Last year Messi hailed the rivalry he had with Ronaldo as “beautiful.”

Both Messi and Ronaldo changed clubs last summer, with Messi leaving Barcelona for PSG and Ronaldo leaving Juventus for a return to United.

Despite Ronaldo’s return and 24 goals, the Red Devils’ season was disastrous as they failed to qualify for the Champions League and endured another season without silverware.

Though he has only produced more league assists in five other seasons, perhaps indicating a change to playmaker as opposed to goalscorer.