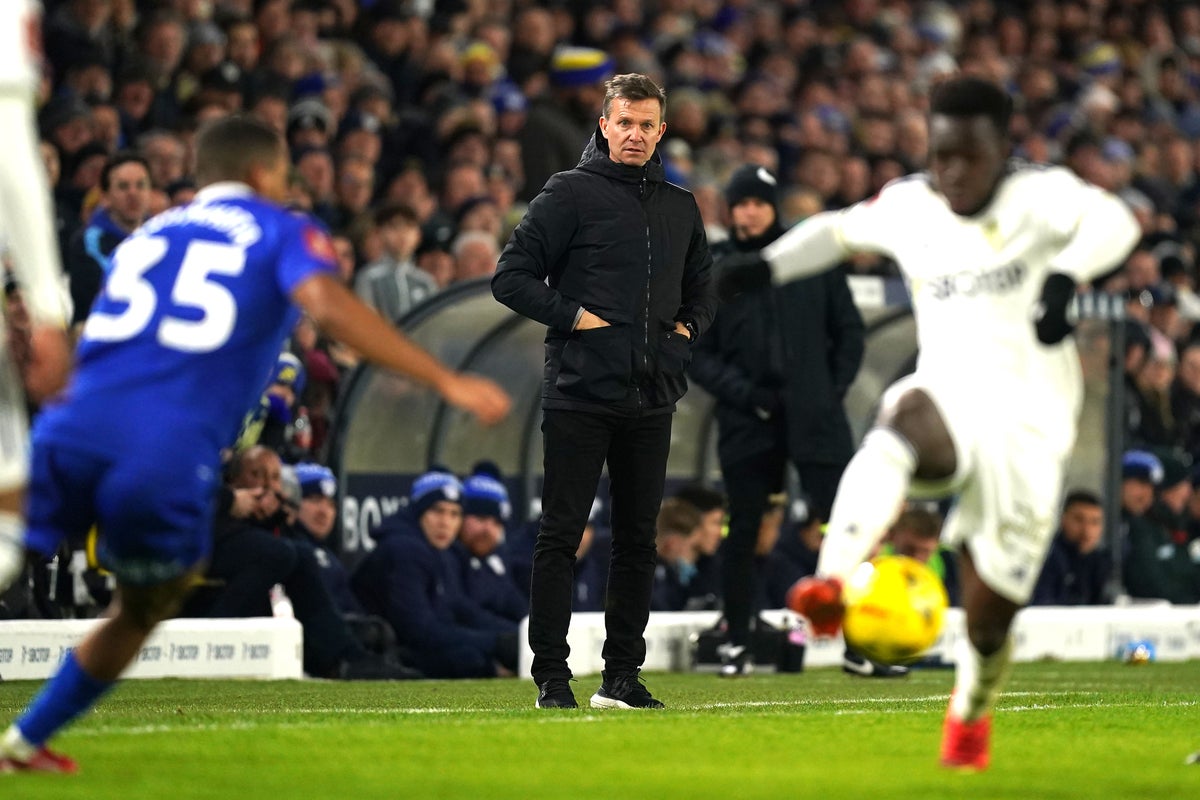 Leeds head coach Jesse Marsch refused to put a value on man-of-the-match Willy Gnonto after he scored a brilliant brace in his side’s 5-2 FA Cup replay win against Cardiff.

Gnonto, a summer transfer deadline-day signing from Zurich for a reported £3.8million, spectacularly volleyed Leeds ahead inside 30 seconds as they reached the fourth round for the first time in six years.

Rodrigo fired Leeds’ second in the 34th minute and teenage Italy forward Gnonto made it 3-0 two minutes later before substitute Patrick Bamford added two more in the second half.

Cardiff substitute Callum Robinson headed a late consolation for his side and converted a stoppage-time penalty after VAR ruled Marc Roca had handled, but it was a night to forget for their interim boss Dean Whitehead in his first game in charge.

Gnonto’s price tag has soared since making his first Premier League start in November, but Marsch would not be drawn on the 19-year-old’s current value.

“More than £4million,” said the American, whose side’s firepower has been boosted by club record signing Georginio Rutter and the return to fitness of Bamford and Luis Sinisterra.

“We wanted to have a fast start, obviously that was a dream start. Good ball from Rodrigo, good diagonal chip, good running in the deep from Willy.

“And really clever, I think he bumps the defender a little bit, makes a bit of room for himself, arranges his feet and an incredible finish. So Willy is obviously in a good way, a really good way.

“He’s a very intelligent, humble, grounded, a real human being, who wants to improve, wants to work hard and believes in the process we’ve created for him and the group.”

Leeds had won only two of their previous 17 games in all competitions before putting Sky Bet Championship strugglers Cardiff to the sword.

Marsch added: “I felt very strongly before the game that we were ready for a strong performance. I told the team that.

“This was obviously an important moment for us, but it’s just another moment in the development we’re trying to create.

“An important moment to gather momentum, but hard to say validation because we still have so much to do.”

Whitehead, who made seven changes for the trip to Elland Road, said he expected to be in charge for Saturday’s league visit of Millwall.

He said: “I’m just looking forward to the weekend, prepare the team as best we can. Hopefully we can get a result and we will see what happens after that.

“The league table tells us where the club is right now. We need wins and we need wins quick. We will be prepared and ready for Saturday.”