Monday mornings are tough at the best of times but for Jamie Vardy and Harry Maguire there was also a physically demanding first training session back at Leicester City.

The pair concluded their post-World Cup holidays recently, having played their part in England’s impressive run to the semi-finals.

But with the Foxes opening the 2018-19 season on Friday away to Manchester United, the duo have plenty of catching up to do in terms of match fitness and manager Claude Puel last week all but ruled them out of the opener. 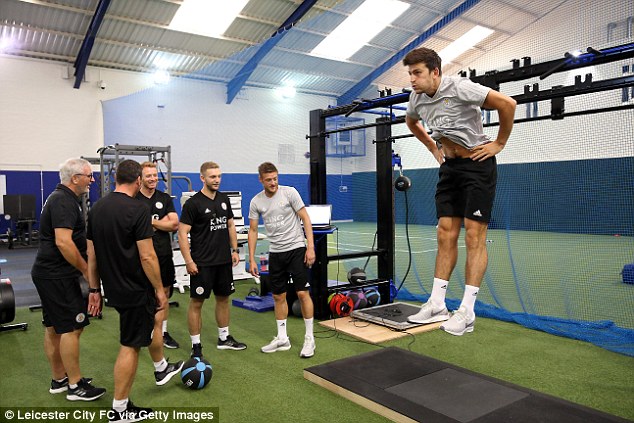 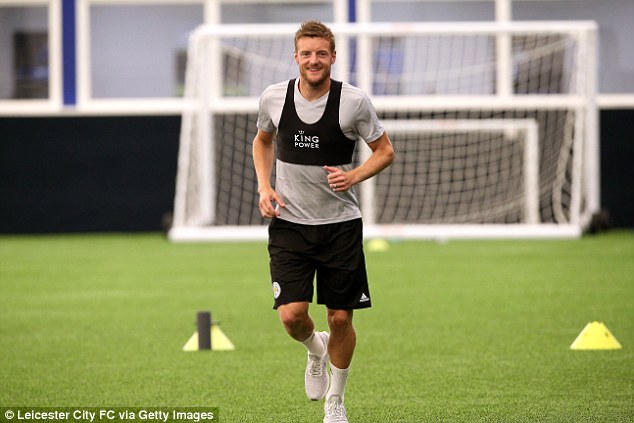 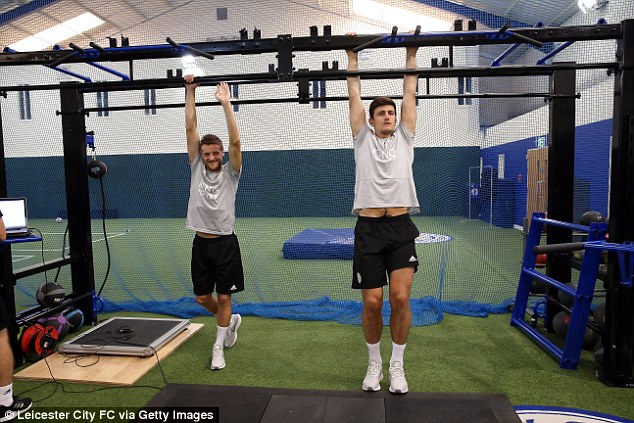 Maguire, a key target for United boss Jose Mourinho, looked to have the edge on Vardy during an arms exercise on the metal bars.

The central defender’s stock has soared following a number of impressive performances for England this summer and Leicester boss Puel will be hoping he is still a Foxes player come the end of the window on Thursday.

Training away from the main group having just returned from holiday, both players were shown exactly what was expected of them with coaches using laptops to get their messages across.

Both players were crucial to the team last season but boss Puel knows the limited training time compared to the rest of the group means they are highly unlikely to get minutes at Old Trafford. 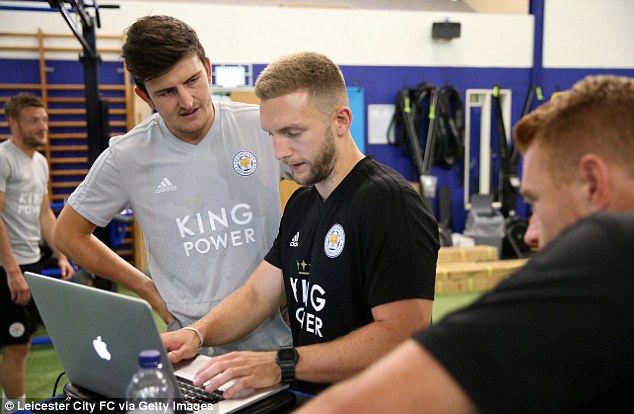 Both players were talked through their day of training, set out on a laptop, with coaches 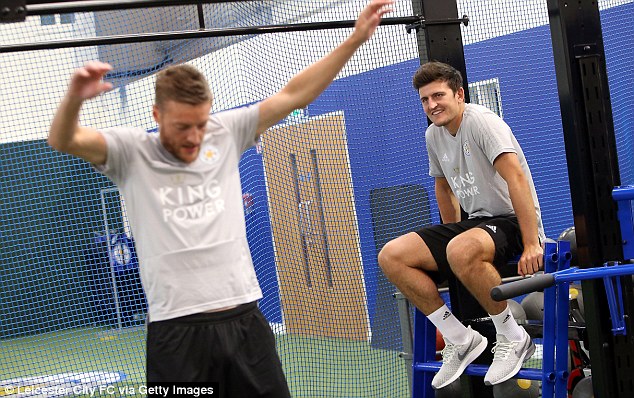 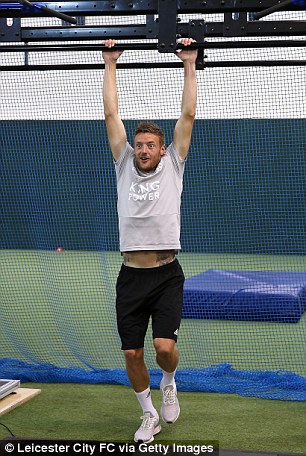 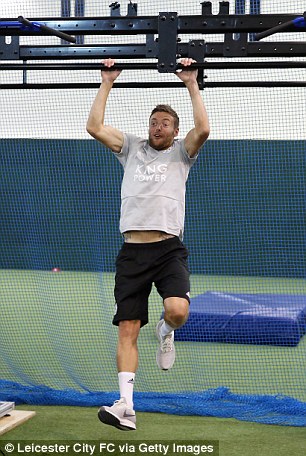 ‘If we are serious I think they cannot participate in the first game, with just five days training with the team,’ Puel told reporters recently. ‘They normally need more time, but we will see together with calm. 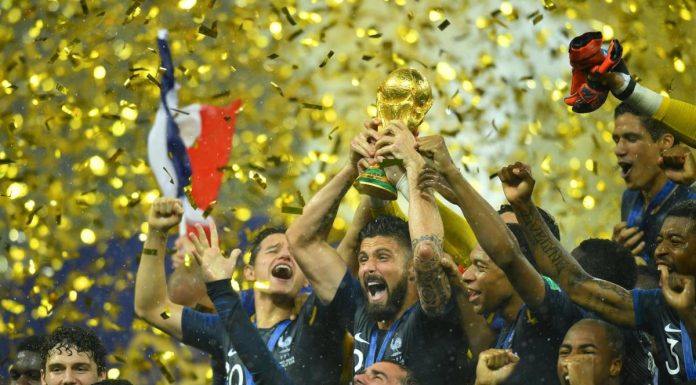