JAMIE REDKNAPP tore into “diabolical” Manchester City after they crashed out of the Carabao Cup against Southampton.

The Premier League champions were stunned 2-0 away from home following first-half goals from Sekou Mara and Moussa Djenepo.

Southampton progress into the semi-final while City were left on the end of Redknapp’s wrath.

He said: “I can’t think of a worse 45 minutes under Pep Guardiola.

“They have been abject, second to every ball. There have been so many mistakes from their point of view. They have been diabolical in that first half.”

Guardiola is a four-time league cup winner but for the second season in a row, City have been eliminated. 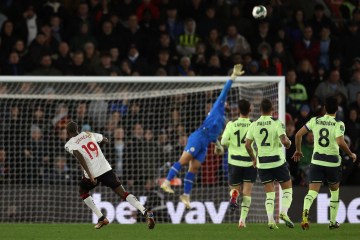 Their focus will now turn to closing the gap on Arsenal and the Champions League, where they face RB Leipzig next.

Manager Guardiola joined Redknapp is criticising his beaten side.

And he claimed a repeat performance against United in the Manchester derby on Saturday will leave the with no chance.

He said: “The best team won. They were better. We didn’t play well. We had a bad start and we didn’t perform good.

“Today was not even close to what we are. We were not prepared to play in this competition to get to the semi-finals. We were not ready.

“If we perform this way (in the Manchester derby) we do not have a chance.

“I have the feeling today the line-up doesn’t matter, the performance happens. We were not here.” 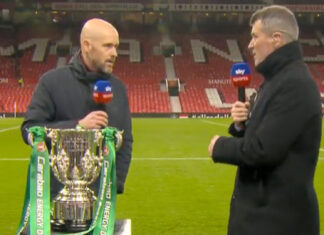