By Robert Summerscales For Mailonline

Jack Wilshere managed to get his fix of international football on Wednesday night despite being left out of England’s World Cup plans this summer.

The midfielder took to Instagram to show off an image of his personalised PES 2018 PlayStation controller, which is decorated in Arsenal colours and has his surname and squad number painted above the analog sticks.

Wilshere, 26, appeared to be staging a mini World Cup of his own as a match between Germany and Portugal was seen being cued up on his television.

As well as working out his thumbs on the PlayStation, Wilshere has been working on his shooting in his garden. 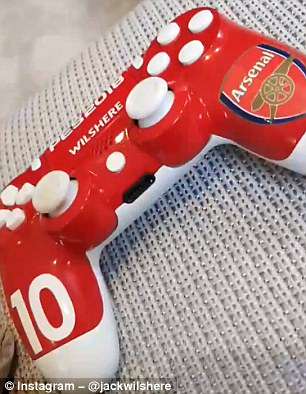 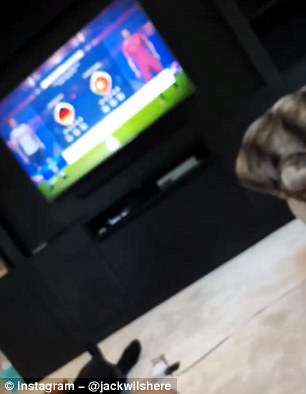 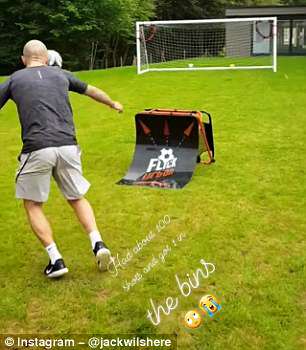 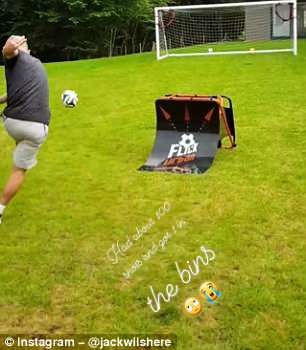 He clearly needs to keep practising to improve his accuracy though after uploading a video of himself volleying a ball into the centre of the net with the message: ‘Had about 100 shots and got one in the bins’.

Wilshere has been unable to hide his disappointment at being overlooked by England boss Gareth Southgate.

But the Gunners star showed that he can take a joke by uploading a video of a late-night exchange he had with a Tesco worker at the checkouts.

In the video the supermarket employee is heard mocking the player’s injury record by telling him: ‘Everyone knows about Jack Wilshere needing a wheelchair to get around.’

Wilshere replied: ‘You must be a Tottenham fan… I’m going, I’m going.’

He followed up the video post by sharing a picture taken with a Tesco security guard, writing: ‘At least there was one Gooner’.

Wilshere’s reason for the Tesco trip was to pick up something for his daughter, but he also returned home with a new hat. 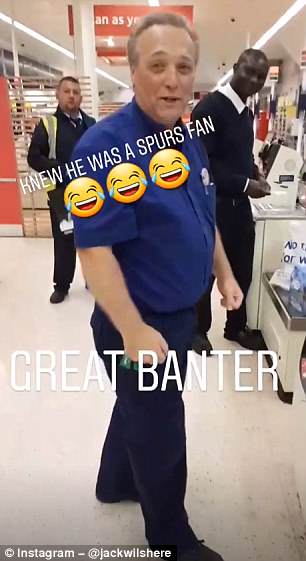 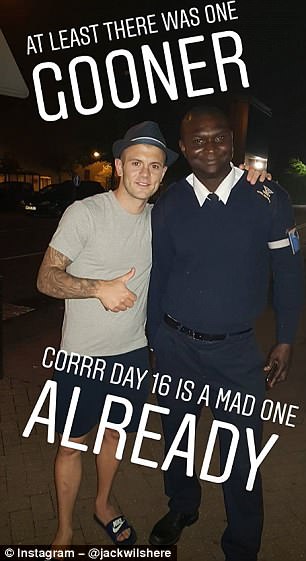 Wilshere, 26, was mocked by a Tesco employee (left) and posed for a photo with a ‘Gooner’ 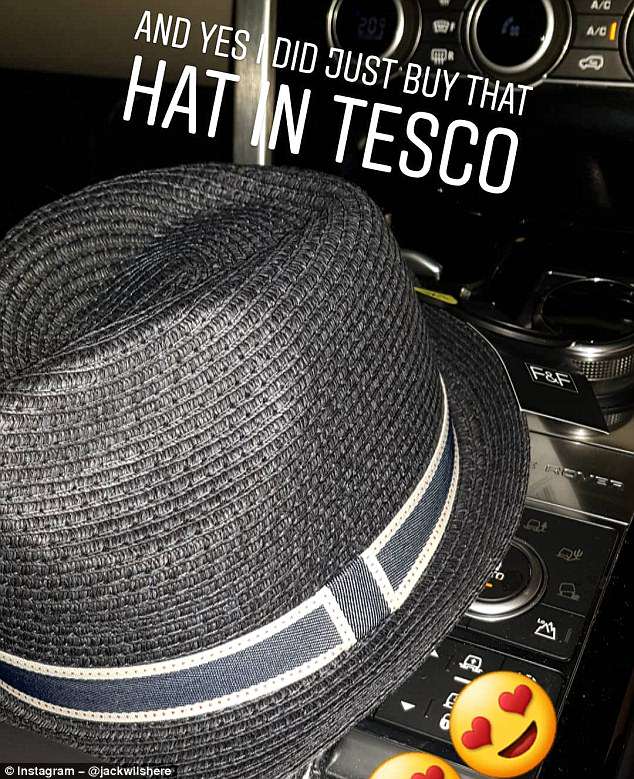 As well as buying something for his daughter, Wilshere returned from Tesco with a new hat 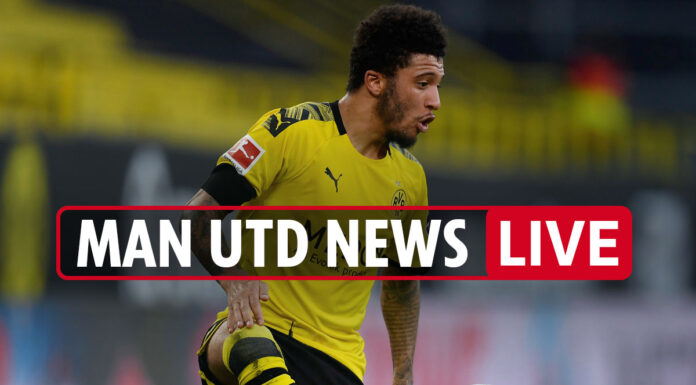