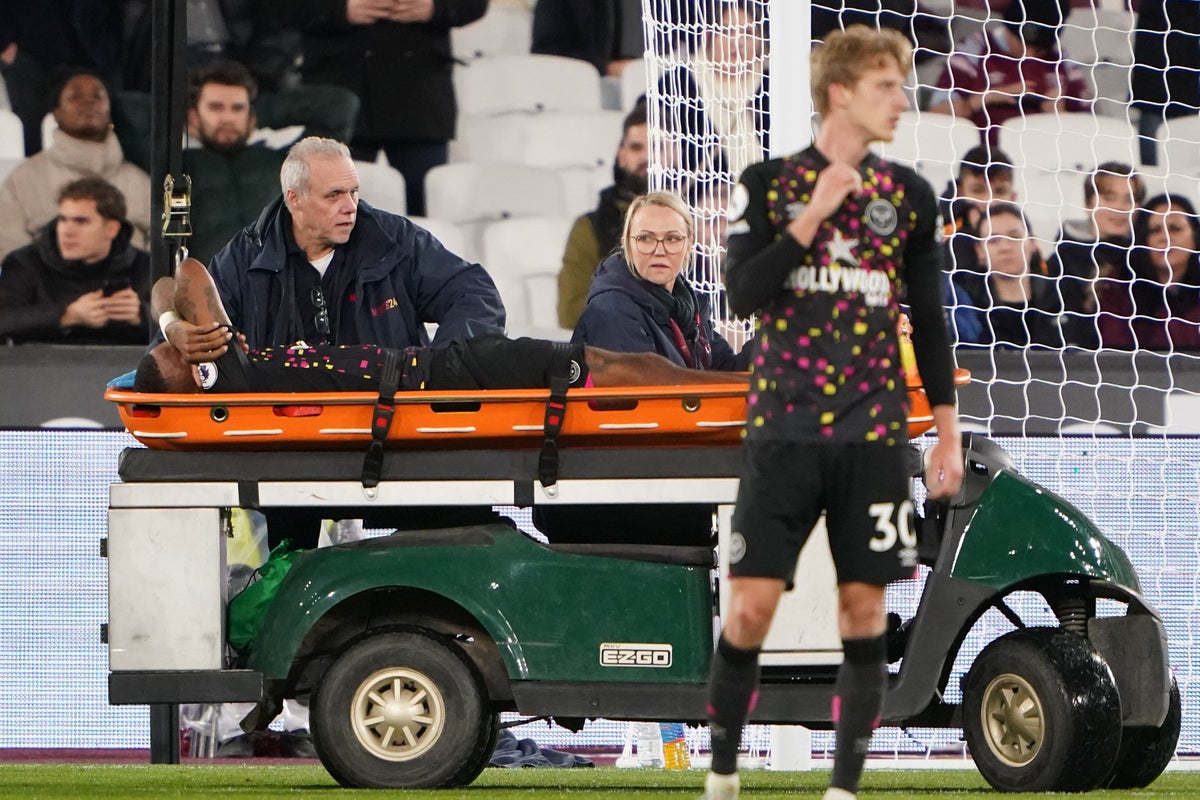 Striker Toney was stretchered off after opening the scoring in the Bees’ 2-0 win at West Ham on Friday evening.

But the injury is not as bad as first feared, meaning the 26-year-old, who has hit 12 top-flight goals this term, could be involved on Monday evening when Jurgen Klopp’s Reds visit west London.

“It’s good news with Ivan,” Frank told a press conference. “It’s not a significant injury. He could potentially be available for tomorrow.

“There’s nothing wrong with his knee. Without going too much into the details, it’s something with the muscle.

“The physios explained the details and I completely forgot! I’m just glad it isn’t serious.”

Liverpool are also in good form, having won four top-flight fixtures in a row to climb to sixth place following a slow start to the season.

Leaders Arsenal are the only visiting team to have tasted victory at the Gtech Community Stadium this season and Frank is determined to make the ground “a fortress”.

“We have massive belief in ourselves,” said the Dane.

“We have a fantastic group of players. We speak about our attitude all the time – we are confident but humble.

“We’re very confident that we can get a very good result against any team, but also humble to know that we have to put so much hard work in.

“Liverpool is a fantastic team, with a fantastic manager. It doesn’t really matter when you face Liverpool, they are always good.

“Under the floodlights at the Gtech, we’ll come flying out and do everything we can to get the three points.

“We want to make it a fortress. We want to be really difficult to play against, also away from home, but especially at home. We need to be brave and aggressive and we need to attack.”