(FILES) In this file photo taken on January 26, 2019, Japan’s Naomi Osaka reacts after a point against Czech Republic’s Petra Kvitova during the women’s singles final on day 13 of the Australian Open tennis tournament in Melbourne. – World number one Naomi Osaka has split from her coach Sascha Bajin just weeks after winning the Australian Open to complete back-to-back grand slam victories, the Japanese player said on February 11. (Photo by Jewel SAMAD / AFP)

World number one Naomi Osaka says she was not willing to “sacrifice” her happiness following her surprise split from coach Sascha Bajin last week.

Osaka split with Bajin 16 days after winning the Australian Open, which sealed back-to-back major titles after she won her first at the 2018 US Open.

“Everyone thinks it was a money-related issue, but it wasn’t,” said Osaka.

“I wouldn’t put success over my happiness. I’m not going to sacrifice that just to keep a person around.

“That’s one of the most hurtful things I’ve ever heard.”

Japan’s Osaka, 21, had worked with Bajin for just over a year when she announced the split on Twitter.

Bajin, the 2018 WTA coach of the year, is a former hitting partner of Grand Slam champions Serena Williams, Victoria Azarenka and Caroline Wozniacki.
Under him, Osaka rose from world number 72 at the start of 2018 to the summit of the rankings little over a year later.

No reason was given for the split at the time, but Osaka says issues with the German had been “brewing” at January’s Australian Open.

“I think some people could see that, if they saw how we interacted,” she told reporters at the WTA event in Dubai.

“I’m not going to say anything bad about him because, of course, I’m really grateful for all the things he’s done.

“During the Australian Open, I was just trying to tell myself to get through it. I’m not sure, but I think you guys noticed.” 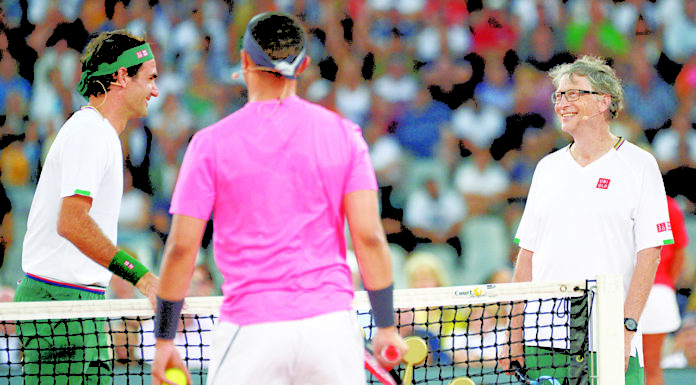