A MASSIVE Cristiano Ronaldo mural has been removed from Old Trafford.

It comes days after the Manchester United striker slammed the club in a bombshell interview with SunSport columnist Piers Morgan.

| A huge Cristiano Ronaldo mural has been removed from Old Trafford today. pic.twitter.com/R00S9lotxo

Ronaldo accused United of treating him like a black sheep and revealed he felt betrayed by the club.

He also slammed the Glazers and the lack of progress made since Sir Alex Ferguson’s departure in 2013.

In response United chiefs met to discuss Ronaldo’s future with reports claiming he could be off in January.

And now the move has been taken to remove a mural containing Ronaldo alongside Bryan Robson and David Beckham from the outside of the stadium. 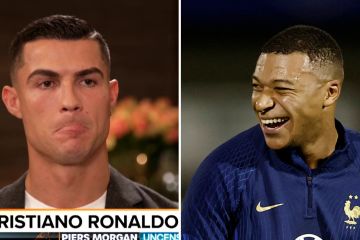 Ronaldo also declared he does not respect United boss Erik ten Hag in his blockbuster interview.

And more revelations are set to be released today and tomorrow on TalkTV.

Most read in Football 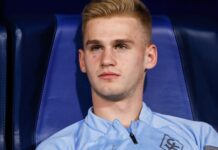 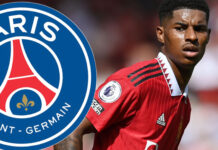 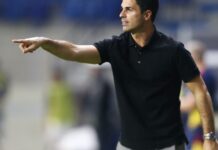