Just before the Kansas Jayhawks staged their historic comeback against the North Carolina Tar Heels, another historic basketball battle was taking shape for HBCU fans this past weekend.

On April 3, the first-time ever HBCU All-Star basketball classic featuring several members of the Howard University men’s basketball team rose from the shadows for their one shining moment during the NCAA Final Four in New Orleans.

All-MEAC first-team performer Kyle Foster and graduate transfer Randall Brumant represented Howard and the MEAC in the inaugural HBCU All-Star Game.  The event was the first live nationally televised showcase for elite Black College basketball players. Brumant and Foster were among the 24 HBCU student-athletes selected to compete in the historic event.

Foster, who was named HBCU All-Stars Willis Reed NCAA Division I National Player of the Year, was in the starting lineup and Brumant, a Houston native, finished with nine points in a reserve role.

“It was such a fun experience,” said Brumant. “From teaming up with the people I competed against all year, to meeting celebrities who love the HBCU movement like Magic Johnson and Jamie Foxx, it felt great to be a part of this historic event.”

The two Howard all-stars represented their team and conference playing for Team McLendon where they helped the squad defeat Team Gaines, 79-75. The two 12-man rosters were named after a pair of HBCU legendary coaches in John McLendon and Clarence “Big House” Gaines who made significant contributions to the legacy of college basketball.

McLendon is historically known in basketball circles as the “father of fastbreak basketball” whose up-tempo style became the standard for quick scoring opportunities and highlight-reel dunks that have made the NBA game so popular today.  His concepts led to generational success at N.C. Central, Tennessee State, Hampton and Kentucky State. He was also the first Black coach to lead a PWI (predominantly White institution) Cleveland State in 1967. Coach McClendon was the only one in history to have won three consecutive NAIA national championships.

Gaines, a Morgan State graduate, was at one time the winningest coach in college basketball history.  He set a standard of excellence by leading teams that sent some of the NBA’s all-time greats such as Earl “the Pearl” Monroe to the pros while coaching at Winston Salem State. “Big House” won 828 games during a span of 46 years with 8 CIAA championships and a national title in 1967.

Given the scarce practice time and the absence of familiarity between the players on both sides, it was a very competitive matchup that brought tournament-caliber intensity to an exhibition game.

“We felt a lot of love from tons of people we came across in New Orleans,” said Brumant. “I’m excited to see the future of this event moving forward.”

Tajh Green of Benedict College scored 12 points and was named the game’s most valuable player after leading the McLendon men to victory. 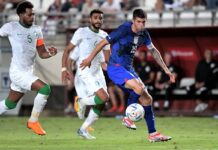 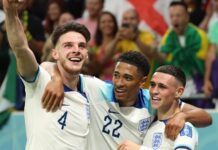 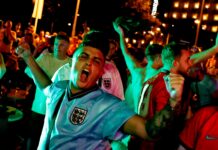 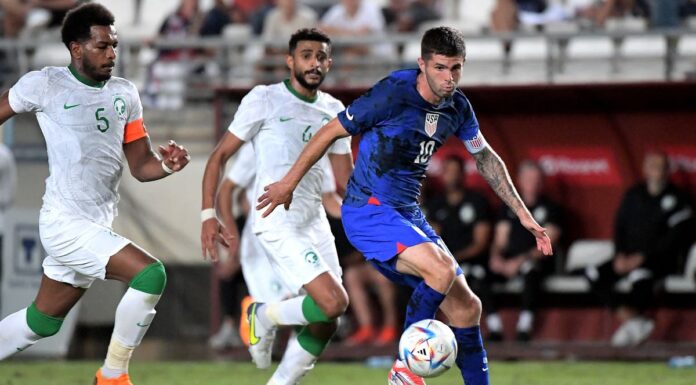 England stars lay off the beers in Qatar as Southgate promises stars MILKSHAKE to...