Marcus Rashford and Bukayo Saka head into Sunday’s titanic clash at the Emirates as beacons of hope for their respective sides.

Arsenal and Manchester United will hope to send out a huge message aboout their title ambitions when they go head to head, and the two in-form stars could be critical to the title clash.

It hasn’t been an easy ride for the pair after both suffered heartache at the Euro 2020 final when they missed their efforts in the penalty shootout loss to Italy, but they’ve since bounced back and shown just how important they are to their clubs.

Here, Sportsmail takes a look at two of England’s leading lights and how they have come to the fore as the Premier League giants have risen from the mire of mediocrity. 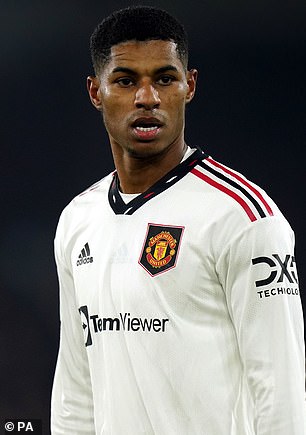 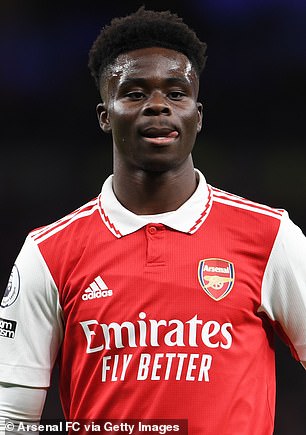 While Rashford may be four years Saka’s senior, the two followed a similar trajectory to the stardom they now enjoy. United’s No. 10 joined their academy aged seven, with Saka doing the same at Arsenal following a prior spell at Watford.

Ironically, Rashford made his now-famous Premier League debut against the Gunners on February 2016, aged 19, scoring a brace in the 3-2 win at Old Trafford.  Rashford had a fantastic opening season under Louis Van Gaal – scoring eight goals in 18 appearances on his way to winning United’s Young Player of the Season. The following season, he cemented a first-team place under new boss Jose Mourinho.

Saka debuted at 17 for Arsenal in the Europa League in November 2018 under the watchful eye of Unai Emery. His Premier League debut came in the new year as he became the first player born in the 21st century to feature in the top flight.

The 2019-20 season was when Saka truly became to establish himself in the Arsenal side, predominantly as a as a left-back where he accumulated four goals and 10 assists in 38 appearances. 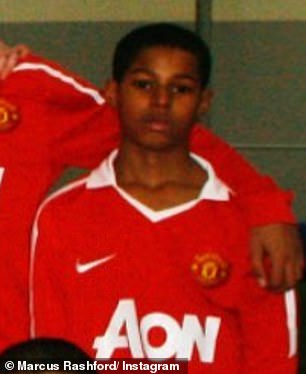 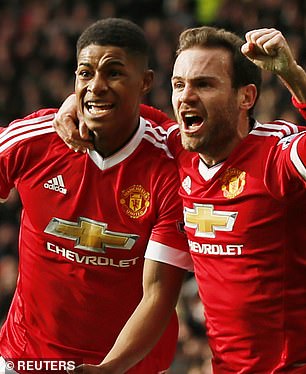 Both players were performing well heading into the summer of 2021 with Euro 2020 played, for England at least, predominantly in their own backyard.

Though things came crashing down in the last throes of the tournament, with both becoming villains in pockets of the nation after missing spot-kicks in the Euro 2020 final shootout defeat to Italy.

Rashford was the first to miss, with a chance to put England 3-2 ahead after three kicks each. The Man United star beat Gianluigi Donnarumma in the Italy goal but pulled his shot wide, grazing the left post as it went behind.

Gareth Southgate bizarrely bestowed the fifth and final penalty on to the shoulders of a then-19-year-old Saka – who was given an outside chance of making the squad in the first place. Needing to score to keep the final alive, Saka’s stuttering run up did little to disarm Donnarumma, who guessed correctly – diving to his right.

Following the defeat, both – alongside Jadon Sancho – were subjected to racist abuse over social media. Rashford was ridiculed by rival fans for ‘letting the country down’ as one chant from City and Leeds supporters went. Saka was later given a standing ovation when he first returned to Premier League action away at Brentford.

While the feeling of defeat at a major tournament eventually emerged for England, Qatar was something of a rebirth for Saka and Rashford on the global stage.

Rashford was included in Southgate’s squad despite a poor finish to his club campaign and repaid the faith with three goals – including a brace against Wales, which brought an end to their knockout dreams.

As the tournament progressed, he only featured sparingly, getting just five minutes as England chased the game before ultimately losing to France, 2-1 in the quarter-finals. His dipping free-kick almost brought a spectacular, late equalizer but it wasn’t to be.

Things were brighter for Saka, with the youngster starting in all but England’s dead rubber against the Welsh. He scored in the 3-0 Round of 16 win over Wales, before winning a penalty from which Harry Kane equalised against France.

It was noticeable how suited Saka looked at that level, particularly against Le Bleus, where he was involved in almost every meaningful England moment. 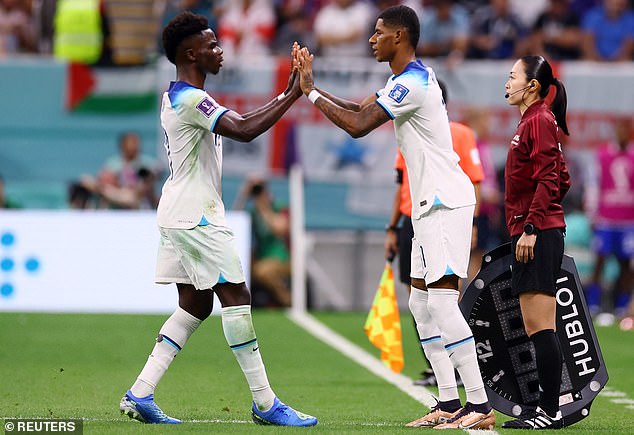 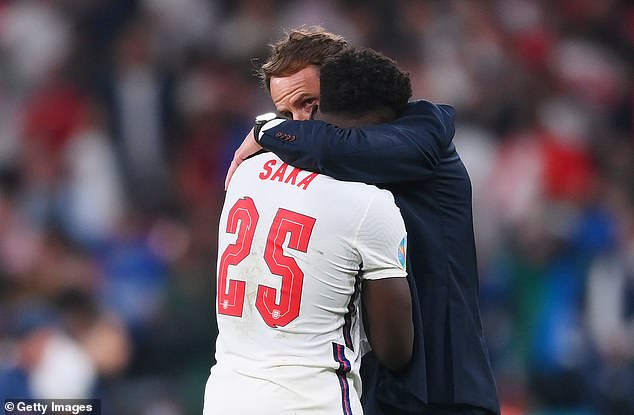 Saka showed mettle at the World Cup, recovering from the disappointment of the 2020 Euros

Arsenal have been the surprise packet of this season’s Premier League and have continued to strengthen following the winter break. Through 18 games, Saka has equalled his best-ever assist tally in the Premier League (seven) and has six goals to his name already.

During the Gunners’ four games since the return, Saka has scored twice and assisted once. His top form continued on Sunday in the North London Derby, with a hand in both goals.

Up north, Manchester United claimed bragging rights in their own derby, coming from behind to beat Manchester City, 2-1. Rashford scored the late winner for the Red Devils, ensuring this Sunday’s match at the Emirates carries significant magnitude with regard to the title race. 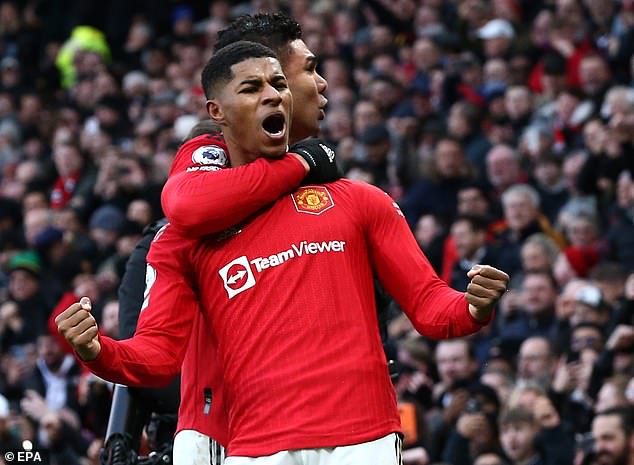 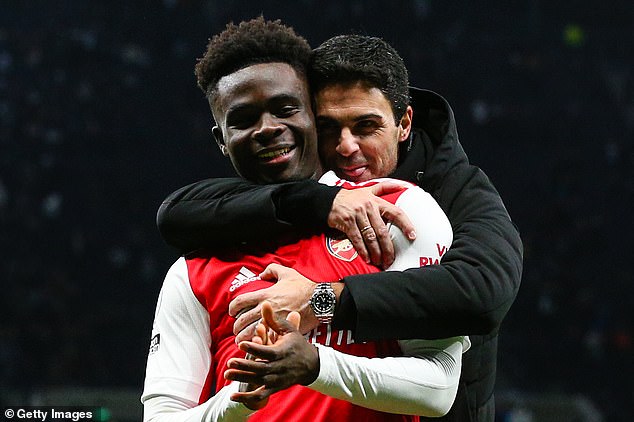 Prior to the 1-1 stalemate at Crystal Palace on Wednesday night, Rashford had each of United’s games since top flight football resumed. He, like United, has surged under the Erik ten Hag regime, showing the blistering pace and finishing which made him such a threat before a litany of injuries in recent campaigns.

With eight goals at the halfway point of the Premier League season, there is no reason the academy graduate cannot push to eclipse his record of 17 goals from the 2019-2020 season. Particularly given his record of eight goals in his previous nine appearances.

It seems as if Sunday under the lights at the Emirates was made for Rashford. One figures Arsenal’s defenders could be thinking as such. United’s problem is Saka may well be destined to shine too. 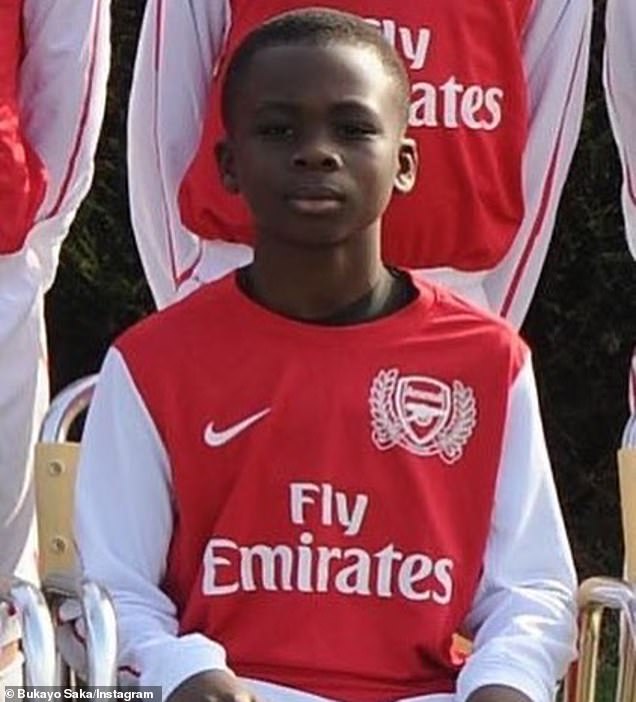 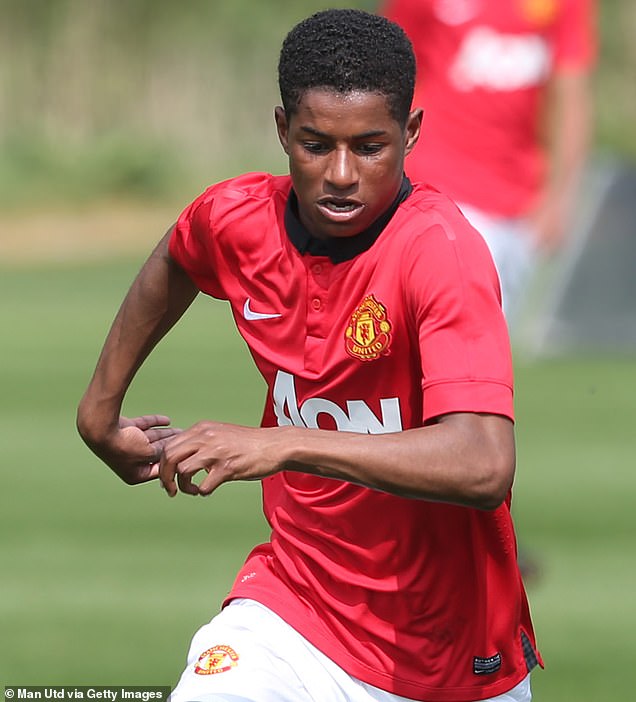 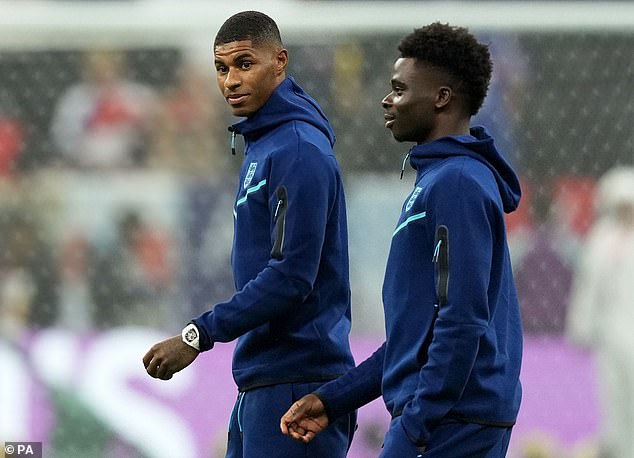