ARSENAL’S hunt for extra firepower in January has seen them linked with a number of targets.

Mykhailo Mudryk has been the primary target of the Gunners so far this month, but a sensational report suggests Chelsea legend Eden Hazard could soon don the Gunners colours.

Hazard is said to be looking for a path to end his Real Madrid nightmare, with Mikel Arteta‘s side under consideration.

And it could lead to the North London club adding Mudryk and Hazard to their ranks.

Both Mudryk and Hazard are able to operate on both wings, but the Belgian has experience through the centre as a false nine.

This could give Arteta an alternative option through the centre of the Gunners attack, with Mudryk and Bukayo Saka in support on the wings. 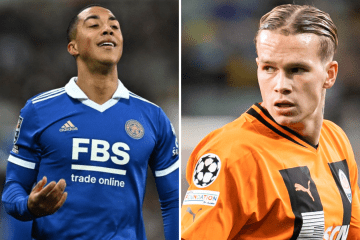 However, while Mudryk has openly flirted with a move to the Emirates, a move for him is proving difficult to materialise due to Shakhtar Donetsk’s high transfer demands.

Meanwhile, Hazard would go against the type of age profile Arsenal have targeted in recent windows.

This means their attention could move elsewhere and spread across other areas of the squad.

Barcelona star Memphis Depay has been linked with a move, and is a very similar player to Gabriel Jesus in terms of what he can offer the team.

Meanwhile, Tottenham have joined Arsenal in the race for Leandro Trossard, who’s Brighton contract expires in the summer which could lead to a cut-price move in January.

In an ideal market Arsenal would be able to sign whoever they wanted, but as is the nature of squad building within economic reason, they will only enter the market for the right players.

In the meantime, Arsenal’s FA Cup clash with Oxford United is reportedly being investigated following allegations of suspicious betting patterns. 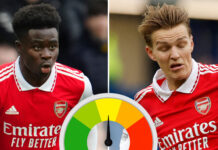 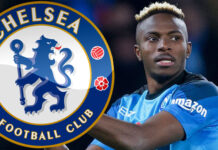 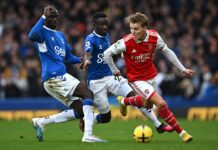 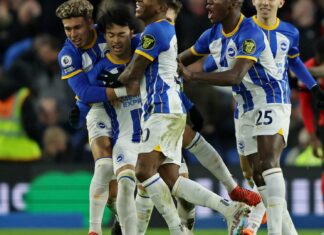 sportslatestnews - February 4, 2023
0
BRIGHTON left it late but beat Bournemouth with Kaoru Mitoma's late winner at the Amex Stadium. The Seagulls' European dream remains alive as they...