Just like that, Harry! Maguire shows his namesake how it’s done with a cool no-look finish in England training as defender edges closer to making his Euro 2020 bow

By Ben Miller For Mailonline

Defensive colossus Harry Maguire is better known for his no-nonsense marking than his no-look shooting skills. While England have been labouring in front of goal, though, their returning lynchpin has had no such problems in training.

With a strike that Harry Kane would have been proud of, improvising Maguire took his teammates by surprise at Hotspur Way – where out-of-form Kane is used to scoring hatfuls in sessions with Spurs – by producing a playful finish in front of goal.

Starting the move at the back, marauding Maguire showed a flourish of flair as he left the ball for Wolves skipper Conor Coady and continued his charge towards goal down the left flank. 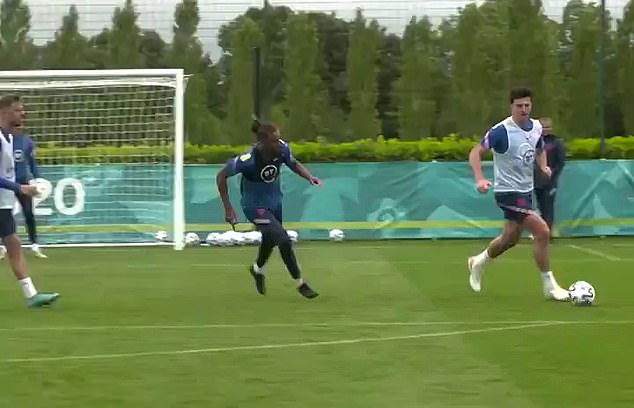 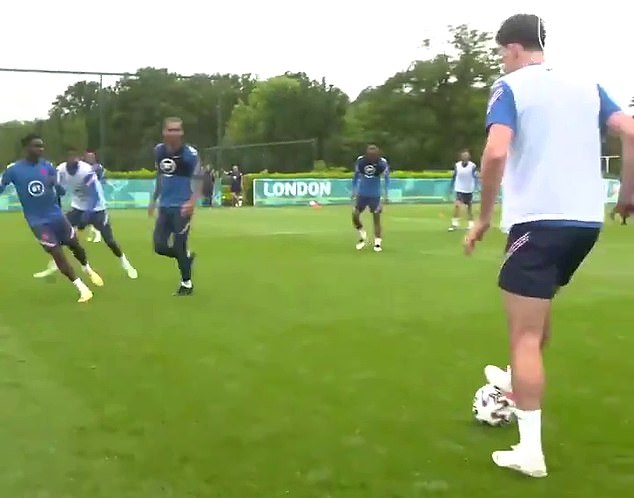 Having initiated a slick move and cantered down the left wing, the defender controls the ball 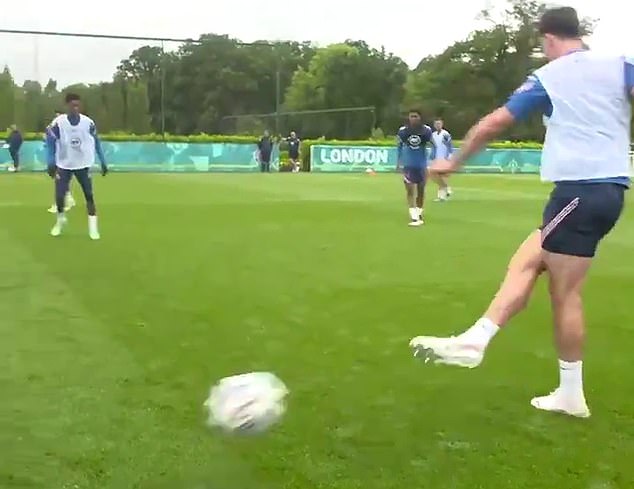 Coady exchanged a couple of sharp passes with Liverpool midfielder Jordan Henderson, then found a man seeking his first goal of the tournament, Marcus Rashford, in a central position that might have tempted the striker to shoot.

Instead, Rashford found Manchester United teammate Maguire – now bearing down on goal – with a short pass that the centre-back controlled with a neat touch.

Maguire then appeared to surprise the squad by nonchalantly firing the ball into the net at the near post with an effort made all the more cool by his eyes looking the other way from the trajectory of the shot.

England expect Maguire to be fully fit for their crucial final group stage game against the Czech Republic at Wembley on Tuesday, and the footage, which was shared by the national side’s social media team, suggests he will be ready to play more of a role than he did as an unused substitute in a precautionary measure in the 0-0 draw with Scotland on Friday. 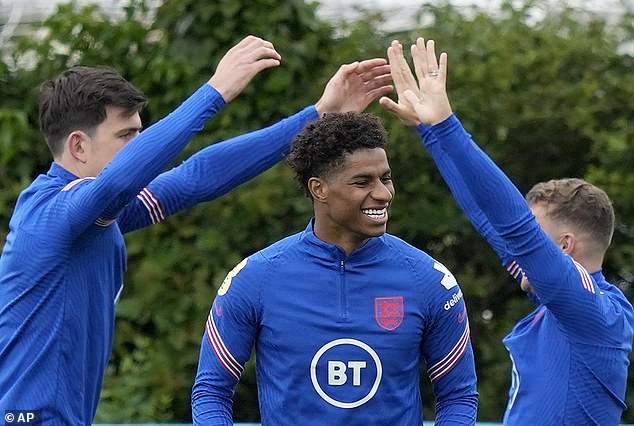 Returning from injury, England regular Maguire was on the bench for the draw with Scotland 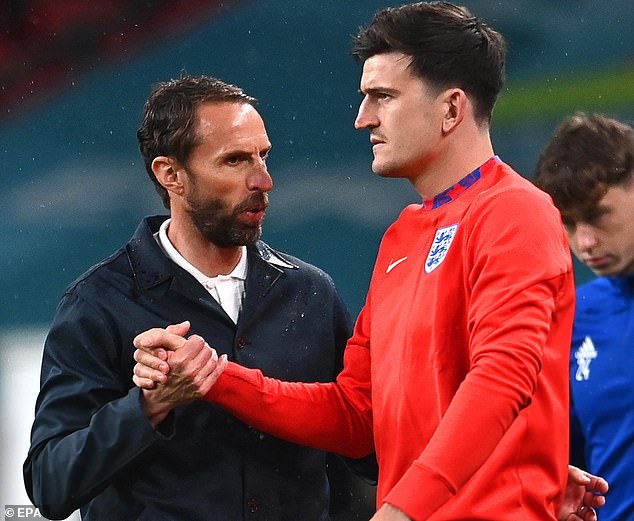 Manager Gareth Southgate might not have bargained for Maguire looking like the closest player he has to a goal threat following that uninspired display, when top scorer Kane was hauled off in the second half as his side toiled against resolute opponents.

Rashford replaced Kane but is still without a goal at a major finals tournament. Alongside goalkeeper Jordan Pickford, the two players to have featured in the most Three Lions games alongside Maguire have now been shown how it’s done by the 28-year-old.

Usually a target in the air at set pieces, Maguire scored the emphatic opener with his head as England beat Sweden 2-0 in the quarter-finals of the 2018 World Cup.

If he can inspire England to find the scoresheet for the first time in more than two hours and counting, Maguire’s return could propel England to the round of 16 and beyond at Euro 2020. 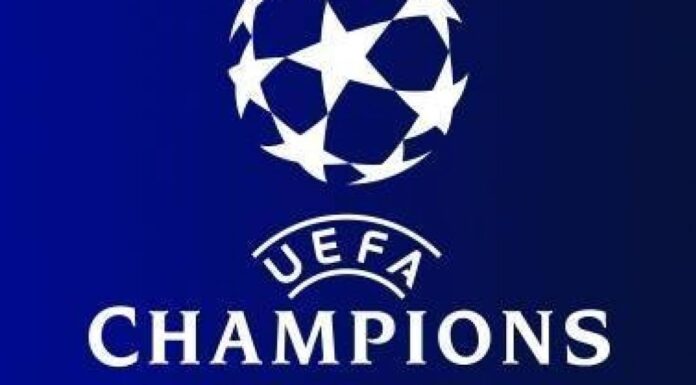