The Spurs and England striker netted 265 goals across all competitions in 414 games before Monday’s fixture – one behind legend Greaves.

And just before half-time at Craven Cottage, Kane fired in goal No266 – equalling Greaves’ record – after being teed up by Son Heung-min.

Kane‘s killer instinct kicked in and the England captain didn’t need to look before finding the bottom right corner.

The milestone comes after reports claimed that Kane would be willing to extend his stay at Tottenham if the “circumstances are right”.

Kane is about to enter the final year of his deal in North London.

Tottenham‘s fortunes for the remainder of the season could prove key in Kane’s decision.

Despite their recent struggles, Antonio Conte‘s side are fifth in the league, but could move within three points of fourth place Manchester United with victory at Fulham.

They’re also in the knockout stages of the Champions League and travel to Preston in the FA Cup fourth round next weekend.

But if Spurs aren’t able to convince Kane to stay, they’ll face a huge decision this summer.

Kane’s strike was also his 16th in the Premier League this season.

But his fine goal-scoring form has been overshadowed by the freakish ruthlessness of Erling Haaland.

The Manchester City striker has an astonishing 25 Prem goals in just 19 games played. 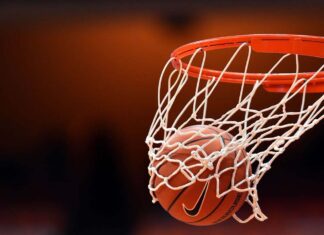