By Arthur Parashar For Mailonline

Germany boss Hansi Flick has claimed that his players and fans should ‘concentrate on football’ and leave the politics to those ‘trained’ following the controversial World Cup in Qatar.

The 57-year-old was echoing the words of French President Emmanuel Macron, following Germany’s humiliating early exit of the World Cup.

The Germany boss could not hide his disappointment that many fans at home had decided to boycott watching the national side compete on the global stage. 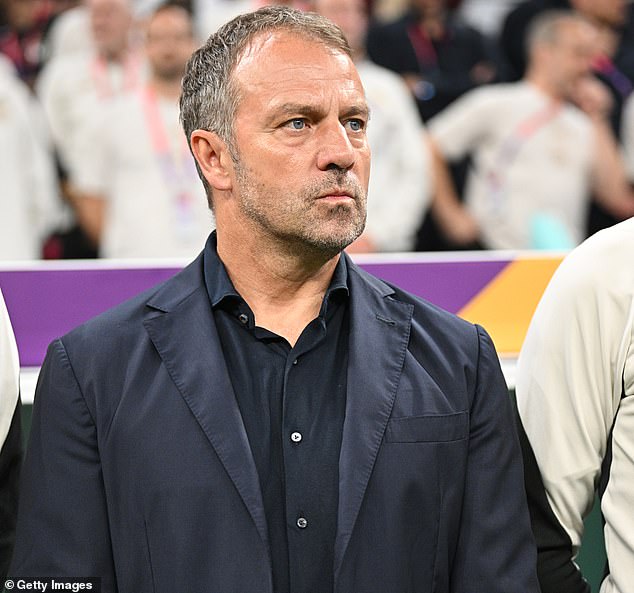 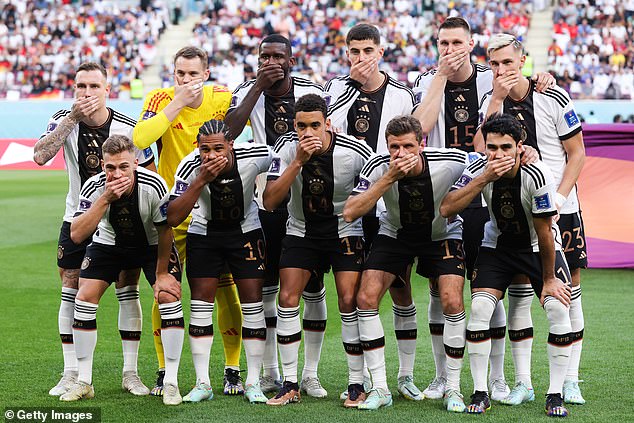 Speaking to Germany publication TZ, Flick said: ‘French President Emmanuel Macron said: “Football is too politicised, our players should concentrate on football, I do politics.” That would have been a good thing for us, for politics, other people have been trained.’

‘The mood against Qatar was incredibly strong beforehand. Many watched the games, many others had concerns. The country was divided, and that’s a shame, football is supposed to unite.’

Germany failed to even escape Group E, finishing third – below Japan and runners-up Spain after being knocked out on goal difference.

Flick’s squad made more headlines for their protests rather than their performances, losing their opening World Cup match 2-1 against Japan.

The pre-match talk was dominated by Germany’s stance to cover their mouths during the squad’s picture before kick-off in protest of FIFA’s decision to ban an LGBTQ armband.

Their show of defiance in the Khalifa Stadium in Doha came after FIFA threatened sanctions against teams – including England and Germany – and their captains if they went ahead with their plan to wear the ‘OneLove’ armband – which had been viewed as a symbolic protest against laws in Qatar, where homosexuality is illegal. 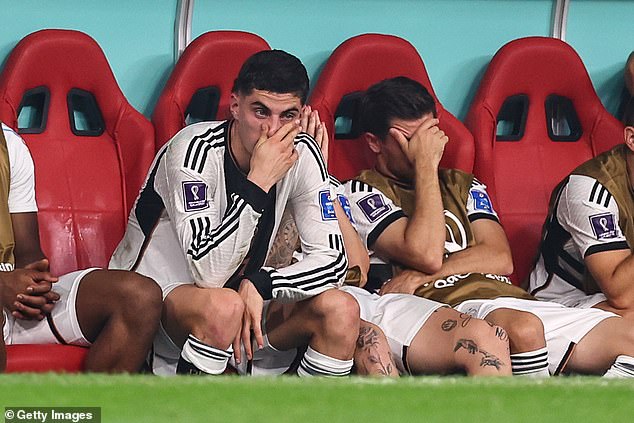 After the protest and as the match kicked off, the German Football Association (DFB) released a statement emphatically supporting its team, saying: ‘To ban the armband is like banning our right to speak.’

Germany went on to pick up a point against Spain in a 1-1 draw, and beat Costa Rica 4-2 in their final fixture.

However, it was not enough to secure a place in the last-16 and the Germans were sent home after failing to make it out of the group stages for the second World Cup running.

Despite their dismal showing at the World Cup, Hansi Flick is set to remain as Germany’s head coach.

Flick – who played for and managed European giants Bayern Munich – will lead the national team at Euro 2024, which will be played in Germany.

Following their exit, Germany football chiefs reportedly blamed a ‘holiday feeling’ at the squad’s secluded hotel – including the behaviour of the WAGs – for their dismal campaign.