With a chance to remain viable in the race for the NFC East Championship and earn the playoff spot from the worst division in pro football, the Washington Football Team looked to solidify its place as a contender. Last weekend they avenged their loss to the visiting New York Giants. However, Washington was in a giving mood with five turnovers following a bye week and lost for the fifth consecutive time to the Giants 23-20 effectively concluding any reasonable hopes for the postseason.

Washington NFL is the only team in the division the Giants have beaten this year, which validates their place at the bottom of the division.  Perhaps the most troubling issue facing the team is despite a coaching change they continue beating themselves. Another slow start put Washington into a double digit hole, which has been the mark of Ron Rivera’s first season. Despite playing before a live, yet small, audience they were flat at the start and played without purpose or focus to open the game.

The Washington Football Team made two costly turnovers in the first quarter and couldn’t keep the Giants from scoring. Antonio Gibson fumbled after a 20-yard catch on Washington’s first offensive play that set up a 50-yard TD reception by Austin Mack. Isaiah Wright muffed a punt minutes later, leading to a Wayne Gallman 2-yard TD run. Rivera’s defense was ranked 4th in the NFL, but that doesn’t equate to wins. Immediately, down by 13 points, the hole was too deep although they managed to still be in position to win late in the fourth quarter.

Their weakness on offense remains, where it appears the franchise is back to finding it’s next starter to make them a contender through the NFL Draft. Both active quarterbacks played and once each looked to be finding a rhythm, yet catastrophic occurrences hit both leading to their demise.  Kyle Allen started and suffered another ankle injury leaving the game on a cart and after surgery figures to be lost for the rest of the season. Alex Smith was 24 of 32 for 325 yards with a TD. He connected with Terry McLaurin a 68-yard catch and run for a score, which was the team’s most explosive play of the year. His three interceptions, however, ultimately killed the team, including two on their final drives in the fourth quarter.

It wasted two epic performances by McLaurin and Cam Sims who combined for 10 catches for 225 yards as the offense was finally able to push the ball downfield.

”We had a chance without those (last) two,” said Smith, who will start in Detroit with Allen out. ”The second one is the one that really hurts. I felt like we were rolling, really had them on the heels.”

Now Dwayne Haskins is back in play as the backup to Smith, while Rivera tries to remain optimistic about their chances to win an awful division. He could be caught in a numbers game of his own, which has nothing to with stats down the stretch.  If Washington loses to the Lions on Sunday and Dallas on Thanksgiving, Rivera may be forced to play their first round pick simply to evaluate him further to make certain he’s the future of the franchise.  They’ve now lost all four games to Giants starter Daniel Jones, who was picked nine spots ahead of Haskins in 2019 when New York traded up to draft him. 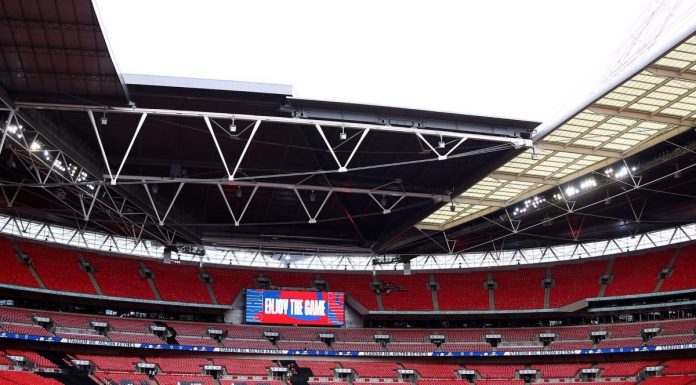 Benzema calls on France to allow him to play for ANOTHER national team he's...