Germany, who had already secured qualification for next year’s finals in Russia, needed an hour to hit their stride despite an early lead through the 22-year-old Goretzka, already a target for several top European clubs.

They made sure of the three points and a maximum 30 in Group C with a strong second half performance, scoring four more goals after a brief Azeri equaliser. 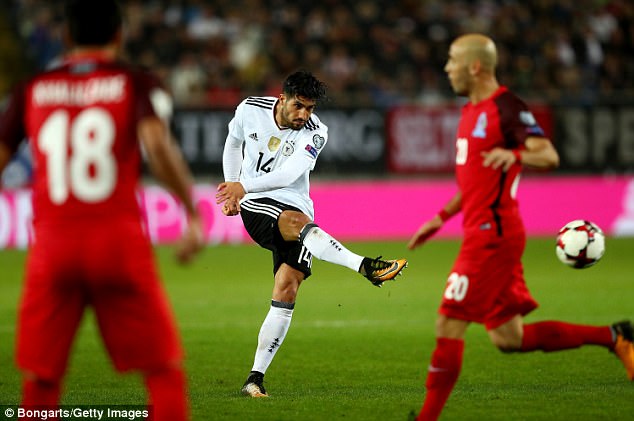 Emre Can capped off victory with his first international goal – a sublime, long range effort 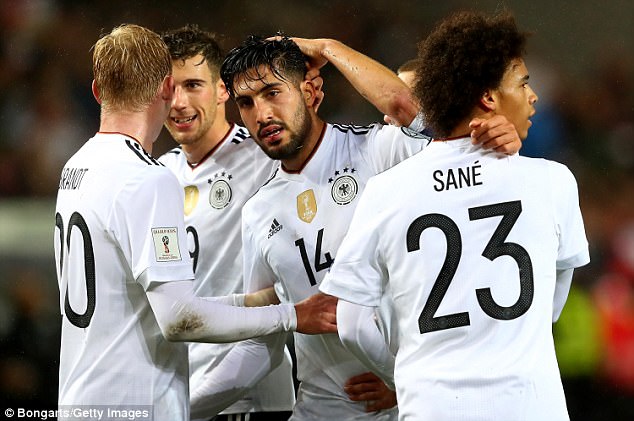 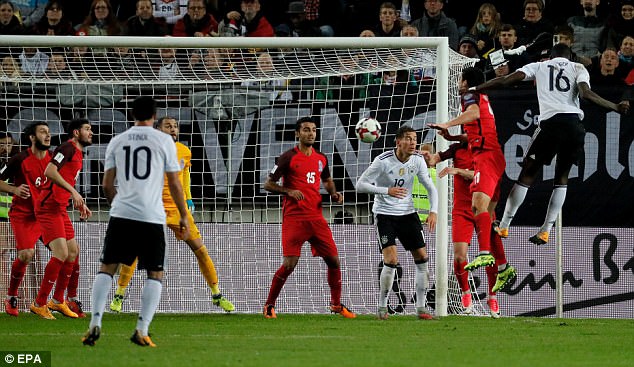 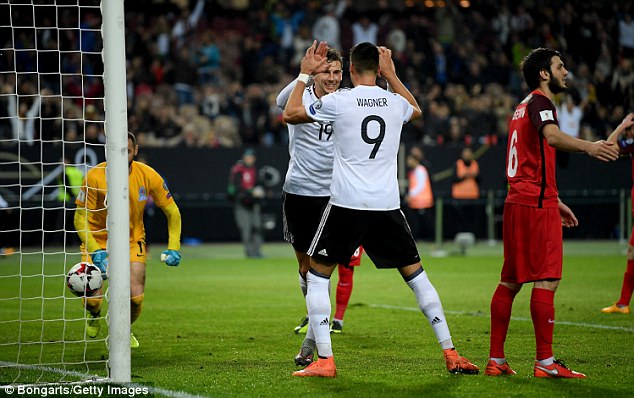 The Germans equalled Spain’s record from the 2008-9 qualifying campaign for the 2010 World Cup with their 10th victory but they could boast an even better goal difference than the Spaniards.

Germany, who made seven changes to their lineup after the 3-1 win in Belfast against Northern Ireland that secured their qualification, went ahead through Goretzka’s superb and powerful eighth minute backheel.

Sandro Wagner should have doubled the lead on the half-hour mark but his casual effort was palmed onto the post by the keeper.

Instead it was the hosts who scored, briefly stunning the home crowd, when Ramil Sheidaev fired in from a tight angle to complete a quick break in the 34th minute. 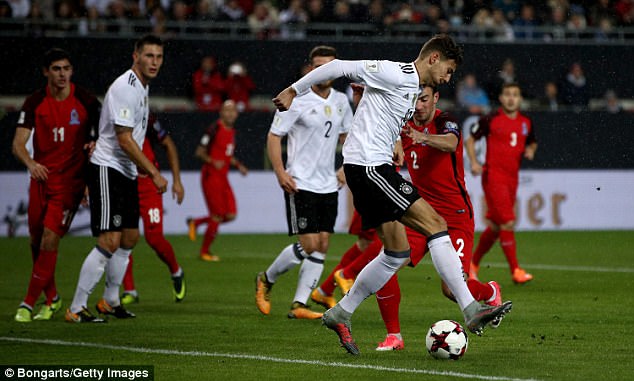 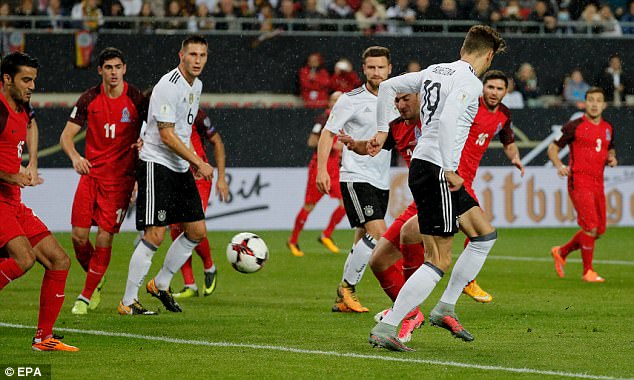 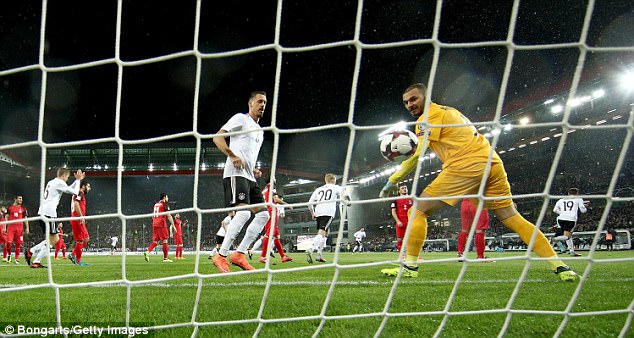 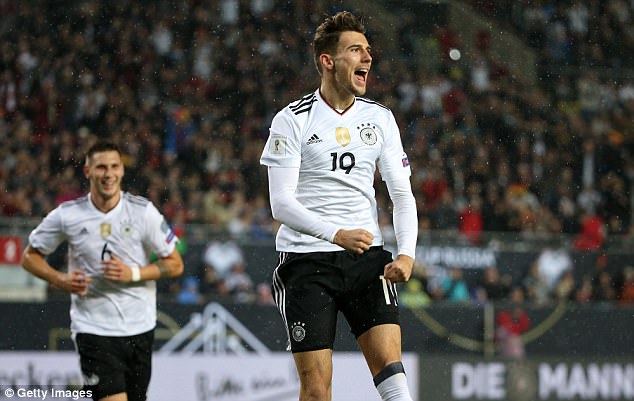 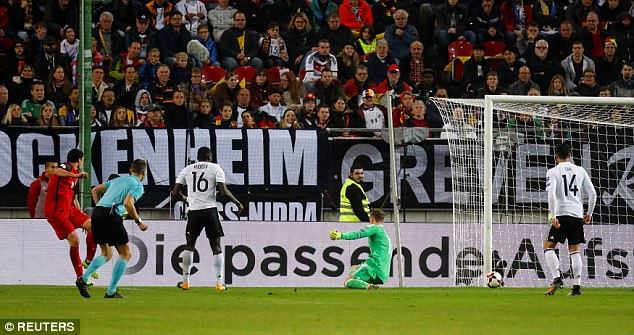 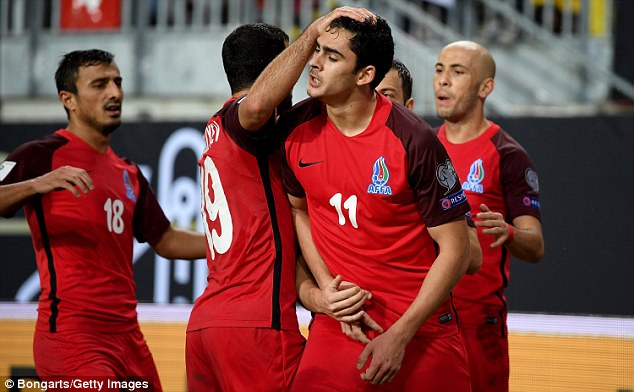 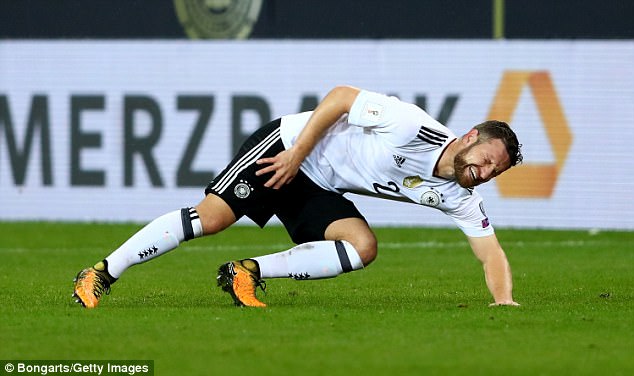 Coach Joachim Loew’s initial plans to use the game as a first test en route to their title defence went out the window with first-half injuries to Niklas Suele and Shkodran Mustafi.

Yet his team quickly finished off the game with Wagner grabbing his fifth goal in his fifth international in the 54th minute and Antonio Ruediger scoring 10 minutes later.

The 22-year-old Goretzka then slipped into the box to tap in his second goal of the evening in the 66th minute as the Azeri defence collapsed before Emre Can capped the rout with a thundering 25-metre strike nine minutes from time. 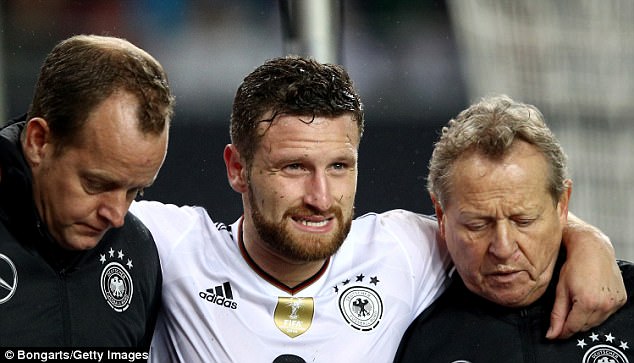 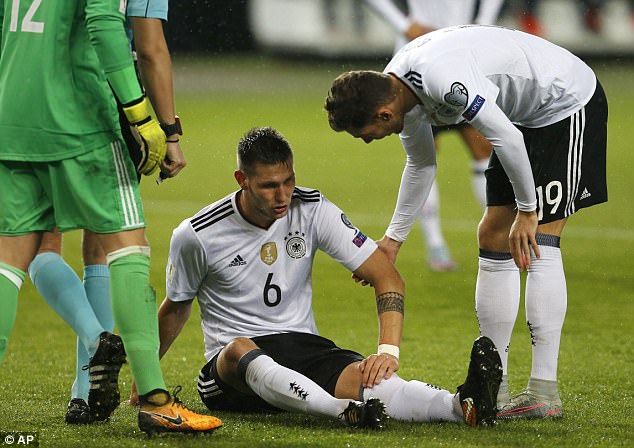 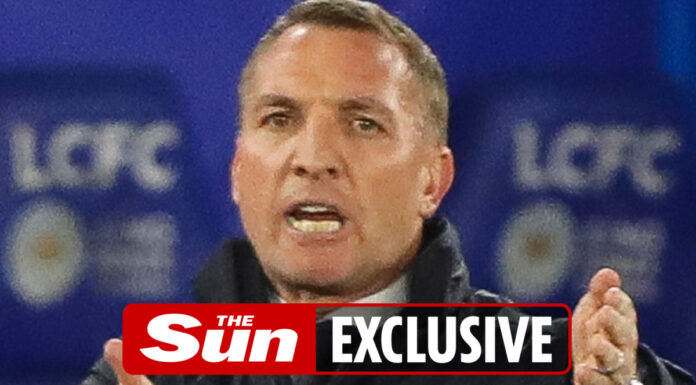