The biggest basketball hall of famer of Georgetown University was remembered during a virtual memorial service on campus Oct. 3.

The service was non-traditional and hosted by his former broadcast partner and talk show host Rick “Doc” Walker. Thompson, who died on Aug. 30, was remembered for a life of coaching people hard with tough love and preparing them for life athletics, while becoming contributors to society.

“John always worked hard, never took breaks and expected the same from the people around him,” Walker said.

Thompson was praised as a coach, mentor and life changer by a host of prominent national figures and former players spanning generations. He was a towering figure who gained notoriety around the country through the expansion of cable TV into the days of social media including “Big John’s” presence as an ambassador to former President Barack Obama.

“To know him is to respect him,” Obama said in a recorded presentation.  “He recognized how important it was to build talented basketball players into men.  We now see this through the examples during this new golden era of activism today.”

Phil Knight, founder of the Nike shoe company, praised Thompson for  being a vital contributor to the success of it’s brand.  Knight made Thompson the first Black member of the company’s board in 1980 and the Georgetown merchandise became one of it’s most popular college brands. The former CEO remembered that initially the coach wasn’t “affable”  when they met, but his perspective on urban culture was invaluable to the overall growth and success of the company.  During a video the company produced to honor him that was scheduled to have been released this month to celebrate their 40-year relationship with Thompson, the former coach was remembered for “a soft quiet voice that echoed.”

“John proved to be a great board member,” Knight said. “He brought great insight on society in general to the company.”

However, it was his impact on the young people on and off the basketball floor he coached or counselled during and after his career that were what the hour-long ceremony proved to be about.  Thompson coached during a remarkable era, but impacted generations at Georgetown through mentorship of students that stretched beyond just men’s basketball players.

“He used to watch everybody practice from that old chair in McDonough [gym],” said former women’s basketball player and current ACC Network broadcaster Monica McNutt.  “He literally gave me contacts and talked to people on my behalf who helped me catch my break.”

Coach Thompson was also remembered by his four Hall of Fame former players and several others who still seemed bewildered by his passing. To those who played for Thompson during the peak of his career, he was a second or surrogate father.

“When I got the news that he’d passed it was like losing my second father,” said current Georgetown coach Patrick Ewing.  “I know he is somewhere in heaven right now cussing me out, but looking out for me at the same time.” 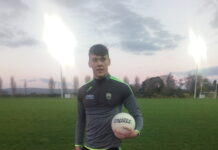 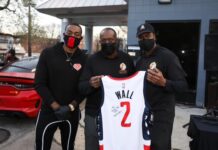 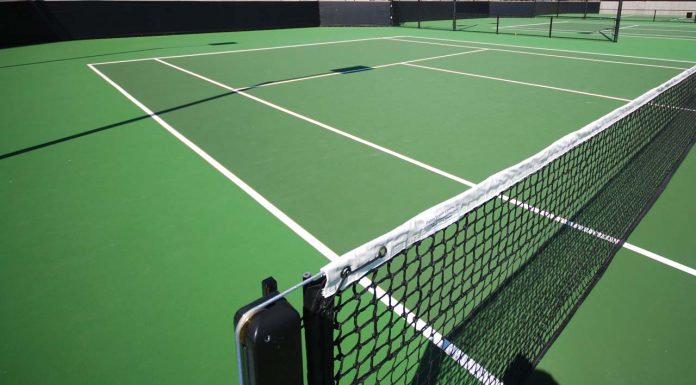