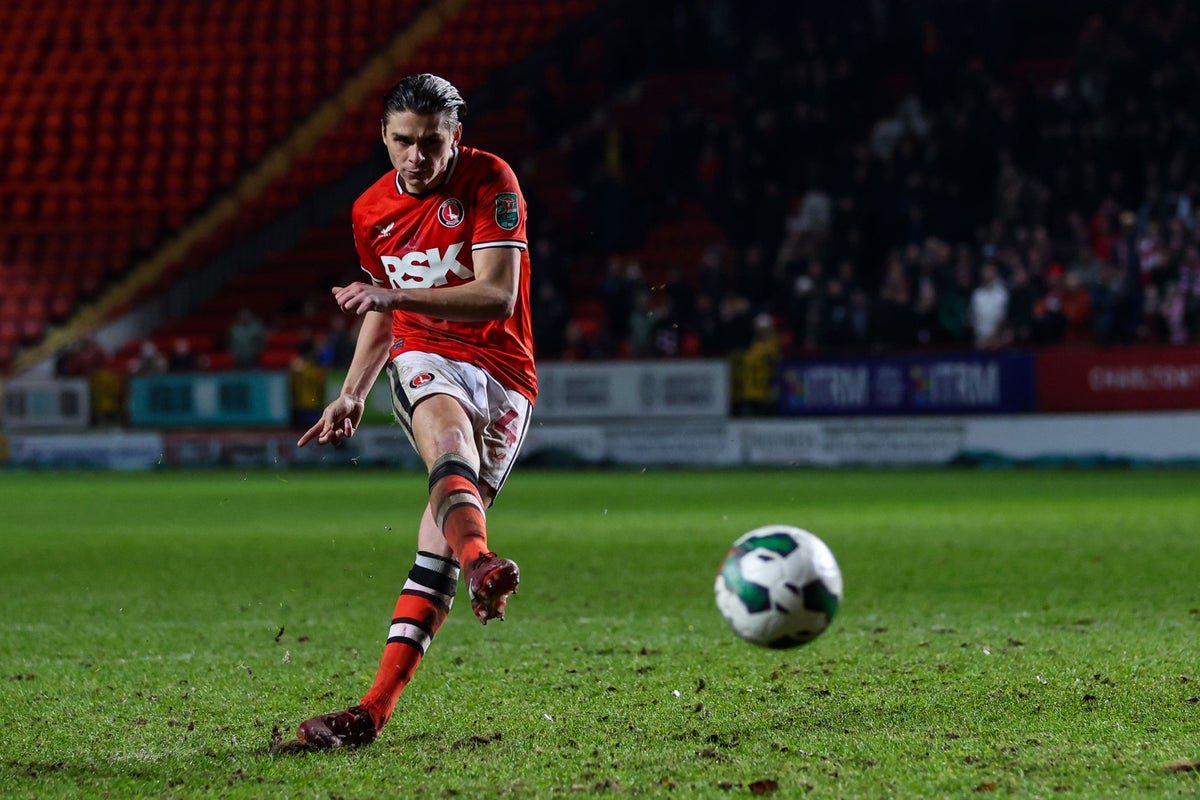 George Dobson has already watched Marcus Rashford score one winner at Old Trafford this season but is relishing the chance to prevent Charlton from suffering the same fate on Tuesday.

The Sky Bet League One club head to Manchester United backed by nearly 10,000 fans for their Carabao Cup quarter-final tie having shocked Premier League outfit Brighton in the last round.

It offers Dobson and many of his team-mates a first opportunity to play at Old Trafford but the new club captain did visit the stadium as recently as October to watch West Ham lose 1-0 via one of Rashford’s 13 goals this season.

“I have been Old Trafford a couple of times,” Dobson told the PA news agency.

“I am a West Ham fan so I have been a couple of times to watch them.

“I actually went this season and watched the game up there, so I’ve been as a fan but walking out at the tunnel and playing, especially in the quarter-finals of the cup will be a completely different experience.

“Old Trafford is up there with Anfield as one of the most prestigious stadiums in England, obviously the biggest crowd, so it will be a wonderful evening for everyone involved in the club.”

Dobson witnessed Dimitri Payet’s memorable free-kick for West Ham in an FA Cup tie at Manchester United during the 2015-16 season, a campaign where the former Arsenal and Hammers youngster was named on the bench twice by then-boss Slaven Bilic.

Around the same time Rashford experienced his breakthrough and despite a challenging couple of years, the England international appears back to his best having scored four times at the World Cup and after already reaching double figures under new United manager Erik ten Hag this term.

Rashford is just 15 days older than Dobson, who remembers facing his fellow 25-year-old during his academy days at Arsenal.

He added: “Yeah I played against Rashford in the youth teams.

“Then he obviously broke through and has done what he has done. This season he has been in unbelievable form so if he plays it will be a big test for us but one we are really looking forward to.

“He obviously had a dip in form for a period of time but he is an unbelievable footballer.

“With his pace, quality on the ball and finishing, he has a bit of everything. It has come back together again this season under Ten Hag so he will be a huge threat.”

In-form Rashford started and scored for United in the last round against Burnley on the same night Charlton stunned Brighton on penalties.

Anthony Hayes was caretaker for the shoot-out success over the Seagulls, but Dean Holden has now been hired as Ben Garner’s replacement.

Holden will be the third Addicks manager to take charge of a Carabao Cup tie this season and three is the same number of shoot-outs they have won after dumping out QPR and Stevenage by the same method.

“It was a brilliant evening against Brighton and then to get the draw we did was obviously unbelievable,” Dobson admitted.

“We could win in normal time but if we have to settle for pens, I fancy us.”

Dobson will lead Charlton out at Old Trafford after being named captain by Holden last month and is determined to help the London club get back into the Championship.

The 25-year-old hopes a new year can bring fresh hope for Charlton and their loyal supporters, who he urged to take confidence from Brighton’s victory at United in August.

He said: “It will be an unbelievable atmosphere taking nearly 10,000 Charlton fans and a special evening for everyone involved.

“Obviously going to Old Trafford, we take belief that we have beaten Brighton and you have got to dream in football because you never know what can happen.”