GARETH SOUTHGATE and his England squad are set to have TV’s all-seeing eye on them in their World Cup dressing room.

Fifa are keen to install cameras in the team’s inner sanctum at all matches in this winter’s tournament in Qatar, with insights being filmed before and after the game and at half-time.

Footage will be broadcast either live or slightly delayed.

But managers are likely to demand the sound is muted for anything that might be important for tactical, technical or injury reasons.

World chiefs want to bring a more immersive insight to the global audience of billions.

An insider said: “This is a project that is on the right track, although it is not yet fully agreed. 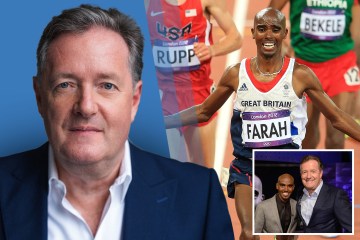 “It will have to be tightly controlled if we are to use it in November.”

The plan is understood to have been outlined to team delegations, including the FA, during last week’s Fifa World Cup workshop in Doha.

Some concerns were raised.

Those were mainly about guarantees that critical team and player information is not leaked to opponents.

Team chiefs were also told they will not be allowed to train at any of Qatar’s eight World Cup stadiums the day before matches.

That is despite that previously being the norm.

With 64 games packed into a tight four-week schedule and fewer stadiums than usual for a World Cup, chiefs have agreed that pitches must not be over-used.

That is to ensure they remain at a high standard.