GABRIEL JESUS has admitted he feels under pressure to score for Manchester City.

Jesus is currently filling in for the crocked Argie, who is out with a thigh injury.

And things are going well so far, with two goals at Burnley last week and then a hat-trick against Dinamo Zagreb on Wednesday.

Yet the Samba star admits the pressure does get to him.

“I want to shoot myself in the head because it’s difficult for me. I take it personally of course. I played nine or ten games and didn’t score and I missed chances, so I’m not happy with that.

“Always I think, ‘Wow, I have to score because I’m playing for a big club in big competitions with big players’.

“When I have the chance, sometimes I miss because I think too much and put too much pressure on myself.“But I’m getting better. I’m working to score and trying not think about the pressure.”

Battling for a place with such an icon as Aguero — the club’s all-time record scorer — is no easy task for any forward.

Former City midfielder Owen Hargreaves referred to the Brazilian as the best reserve striker in world football this week.

Sooner or later he will need to step out of Aguero’s shadow and become the main man at the Etihad.
But, for now, he is happy to learn from the master.

Jesus added: “I’m in competition with Sergio — a friendly competition. I hope that when he plays, he scores.

“I always want him to help the team and his team-mates.

“When I play he does the same, which is amazing.

“I have to learn from him because he’s scored a lot of goals for the club and throughout his career.”
Jesus’ hat-trick against Zagreb in City’s final Champions League group game took his tally for his career to 101 goals.

The former Palmeiras man said: “I’m a blessed guy. I try all the time to do my best and sometimes I cannot do it and that’s the way.

“You have to keep working hard and try to score, try to help the team and work and that’s what I have done.

“Like I say, sometimes it can happen that you don’t score.

“It happened with me but I keep working and try, try, try and this month was a good month for me.” 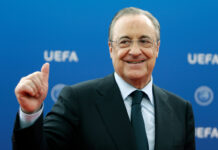 European Super League plot back ON as Real Madrid, Barcelona and... 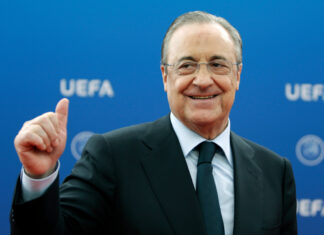 European Super League plot back ON as Real Madrid, Barcelona and...

sportslatestnews - August 1, 2021
0
EUROPEAN SUPER LEAGUE plotters have vowed to break up the Uefa 'monopoly' after a court waved through the new competition. The governing body had...