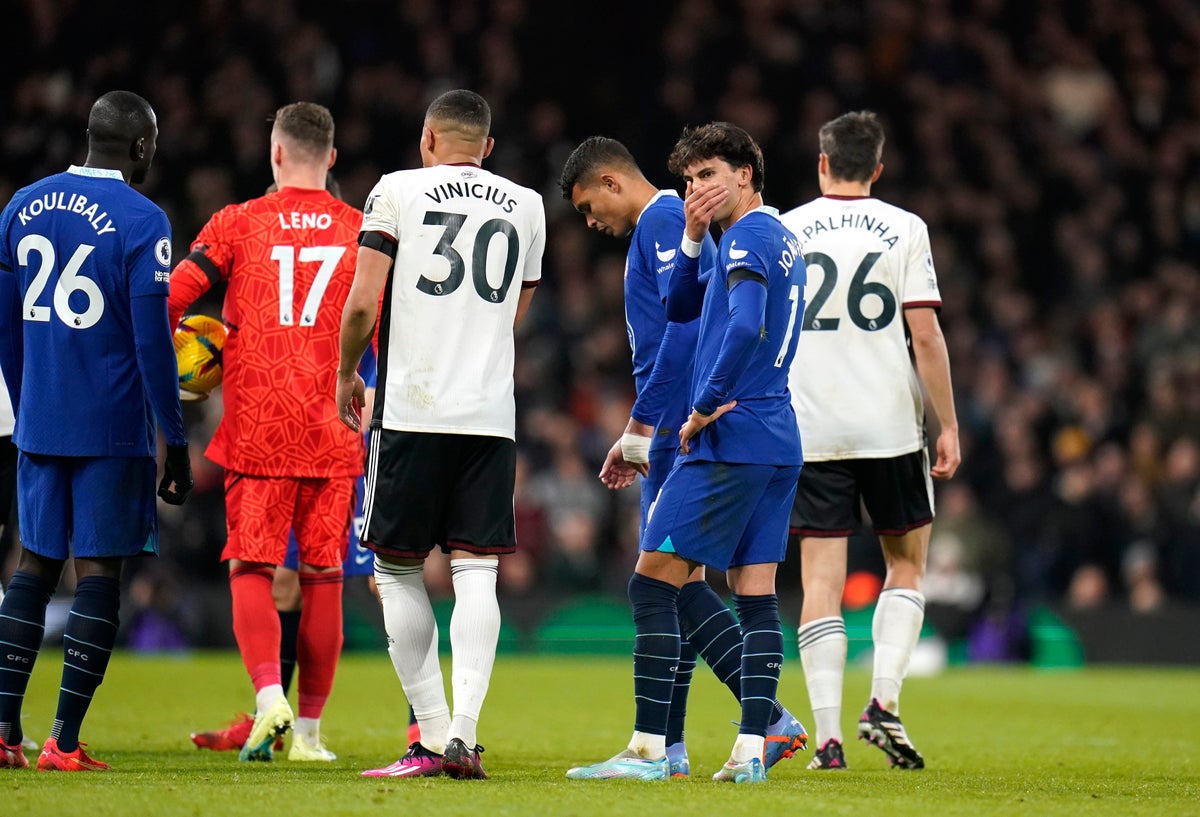 As Graham Potter so badly struggles to find solutions, or even goals, Chelsea somehow find new ways to lose.

This was really the ultimate test of patience, and credulity, even as everyone insists the manager will be given time. New loan signing Joao Felix had added a sharpness to Chelsea’s attack on his debut, only to then display blunt force and astoundingly get himself sent off to see a 1-1 draw spiral into a deserved 2-1 defeat to buoyant Fulham.

The Portuguese will now miss matches against Crystal Palace, Liverpool and Fulham again if his suspension stands, and questions will only increase as to whether Potter will even last that long.

Those at the club will of course keep repeating the same words about a long-term project but the numbers are currently speaking much louder. It was Chelsea’s first defeat to Fulham since 2006, which made it seven losses from 11 in all competitions and just six points from the last nine Premier League games.

It can’t keep going like this but it is somehow getting worse – as so neatly illustrated by Felix’s wild challenge.

Perhaps it’s just a sign your luck is out, events conspiring against you. It was difficult not to feel pity for Potter.

It was even harder not to admire Marco Silva. While the situation at Chelsea is inevitably the bigger story, Fulham have quietly been the revelation of the campaign. They rise to sixth as Chelsea drop to 10th. That they did it without Aleksander Mitrovic made it all the more impressive, especially as Carlos Vinicius claimed the winning goal with a goal worthy of the usual number-nine.

Questions could be asked of Kepa Arrizabalaga’s misjudgement of the cross but it was just one more error to add to the catalogue that have made this campaign so miserable. Many, not least some of the fans who sang Thomas Tuchel’s name, might well see the sacking of the German and replacement with Potter as the biggest error of all. They again sang Roman Abramovich’s name, just as they had in the FA Cup at Manchester City on Sunday.

That was a 4-0 defeat and yet this somehow felt worse, because of how out of control it became. Fulham fans meanwhile went to the inevitable. “You’re getting sacked in the morning.”

Even if that doesn’t happen on Friday, it’s impossible not to feel like factors and forces are conspiring to make that happen soon.

That can just happen in football, especially if you don’t have the charisma or career that the figures Potter keeps pointing to do, such as Jurgen Klopp. That may represent an insurmountable problem, especially as regards rallying something from a squad that are clearly suffering from doubt.

Fulham were meanwhile full of conviction, testament to Silva’s resounding effect and his own admirable Premier League redemption.

There were other little narrative themes to add to this horror twist for Potter, among them the ex returning to cause pain.

It was of course Willian who had opened the scoring for Fulham, and was central to so many of their attacks, pinning them back throughout the game. Felix had by that point suggested he may do something similar for Chelsea, as he added an energy.

Fulham just weren’t cowed or pushed back by Potter’s attack. They knew there is a vulnerability in a very soft Chelsea right now and were more than willing to go for it. That is in keeping with the entire attitude Silva has instilled in this team, to be fair, but there was even more encouragement here. Those gaps looked so inviting, after all.

Bobby De Cordova-Reid had already smashed the crossbar having surged through one of them, and more kept appearing. Carlos Vinicius had already offered warning. Chelsea’s defenders had to stretch themselves to close up, and it of course ran the risk of a ball deflecting the wrong way.

That was inevitably what happened, with a player who inevitably had the fortunate shot.

On 23 minutes, Willian broke through and let fly, only for the ball to cannon off Trevoh Chalobah’s attempt to block it and in off the post.

Again, when your luck is out…

Given how Chelsea have played of late – and especially how they have attacked – this looked like it could have been another worryingly limp defeat. As it was, Potter’s side showed some resolve, but that only conspired to make it worse because it fostered the sense of events going out of the manager’s control.

Mason Mount had shown impressive ingenuity to try and catch out Bernd Leno with a free-kick. His shot bounced off the post when everyone expected a cross, and there was Kalidou Koulibaly to divert it in. Chelsea had a reprieve, they were back in it. That should have calmed them down. Felix instead went in wildly, to ensure a bad season started to really spiral.

Potter has never experienced anything like this. Neither have Chelsea. Felix somehow gave this club, that have had such a colourful modern history, something even they hadn’t seen. The wonder is whether the hierarchy will still insist in their vision. 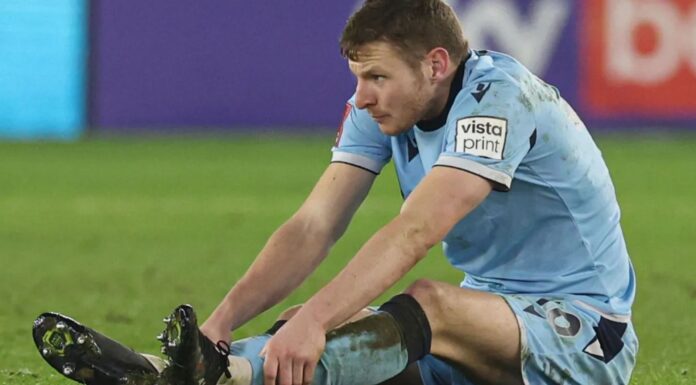