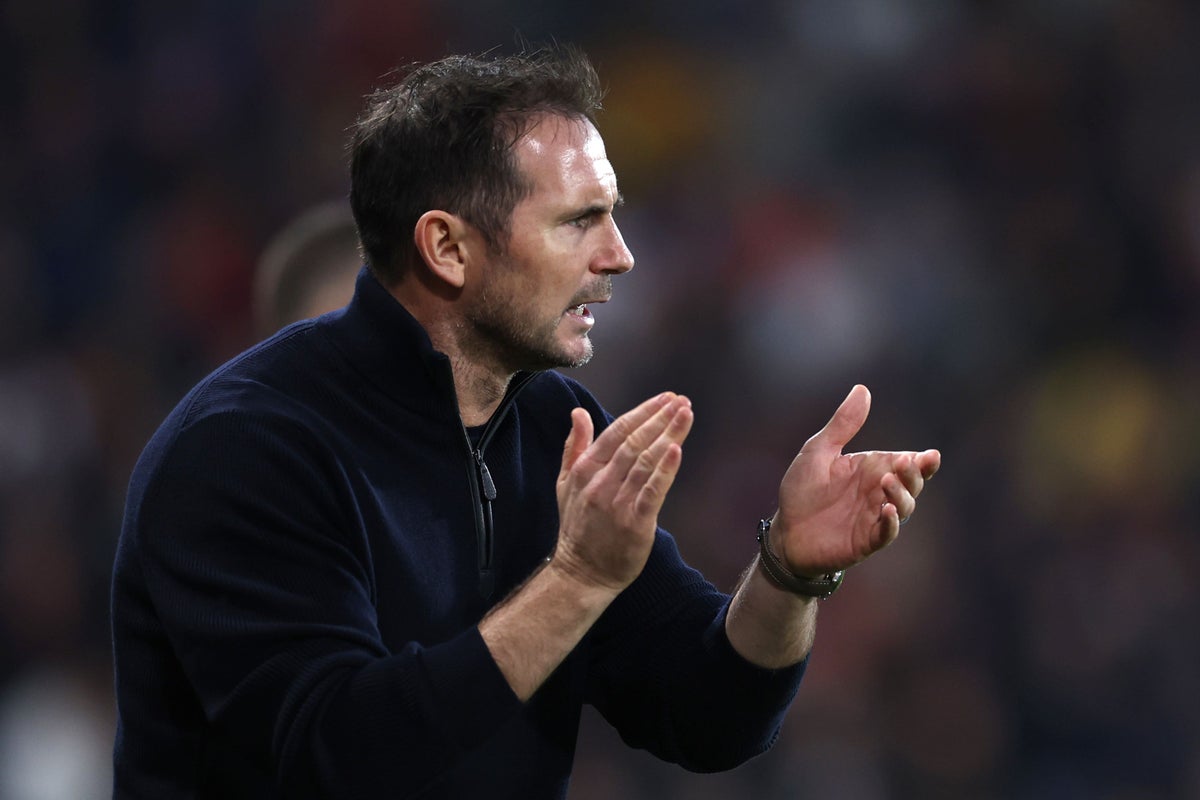 Frank Lampard is eager for Everton to deliver a feel-good factor at Goodison Park when they play Brighton on Tuesday after the late agony suffered in their last home game.

The Toffees’ first match since the World Cup saw them crash to a third successive Premier League defeat as they lost 2-1 at home to Wolves on Boxing Day, with Rayan Ait-Nouri scoring the visitors’ winner deep into stoppage time.

And boss Lampard, whose side are a point above the relegation zone in 16th place, said when asked what the message was going into the Brighton match: “Same approach (as against City), mentality, work ethic, all those things, because I think they have to be standard in football.

“They will just look different, and it will look different against Brighton. But my message is also it’s a very good team that are coming to Goodison, a very good possession team who will play, who will stop the game, stay on the ball and move it from back to front. So we have to have a real work ethic and a discipline about our game, so we’ll look at that tactically with the players.

“But it’s about bringing a good feel to us now. I think the end of the Wolves game wasn’t a good feel in the stadium, and now hopefully the performance, the fans can see that game (against City), just being happy that we came and got the point.

“Can we get together and deliver that feeling in the stadium on Tuesday night, because it will be a really tough match.”

Midfielder Amadou Onana is suspended after picking up a fifth booking of the season in the City game.

Anthony Gordon and Yerry Mina will be assessed after missing Saturday’s match due to illness, while Michael Keane was set to have a scan having withdrawn from the matchday squad with a suspected knee issue.

Ellis Simms has been recalled from his loan at Sunderland, and Lampard said of the striker: “We’ll get him back in and it’s another attacking option.

“It’s good that he comes off a pretty positive loan at Sunderland. He has to come in and add and give competition, and we’ll see.”