CRISTIANO RONALDO’S UK fanbase are down on their luck following his move to Saudi Arabia.

This is because there is no broadcaster who owns the rights to show the games.

With Ronaldo completing his £173-a-year mega-money move to Al Nassr following his unsavoury Manchester United exit, it has inadvertently left a number of his fans in a pickle.

A highlights package of the game is also offered on EuroSport.

Fans in the USA also share the same problem as the UK audience in their inability to watch league games. 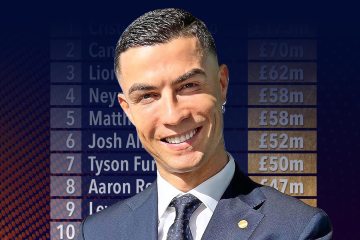 The Saudi Pro League does not currently have a deal with any network to stream games in the USA.

On top of this, the Gulf State’s two main cup competitions – the King Cup and the Saudi Super Cup – also lack broadcast deals.

Indeed, the streaming rights to many of the regions national league games are split between three providers: OneFootball, YouTube, and Eleven Sports.

CBS Sports hold the monopoly over rights for the two intercontinental championships: the AFCCL and the AFC Cup.

But considering Ronaldo‘s Al Nassr’s lowly 10th place finish last season they are not in any intercontinental tournament, meaning the league will be the only place to find Ronaldo.

However, there is hope this could be rectified next season with the club flying in the league.

The Al-Aalami (meaning the International Club) currently sit second in the Pro League, which would allow Ronaldo and Co to compete in the region’s intercontinental cups next season.

It remains to be seen whether the five-time Ballon d’Or winner’s introduction to the region will see a spike in demand and a subsequent change in broadcasting rights.

Ronaldo left Man Utd under the mutual termination of his contract following a bombshell interview with Piers Morgan.

In the interview, Ronaldo heavily criticised the way the club was run by the Glazers, and blasted them for not caring.

He also took aim at Erik ten Hag, who had been more reluctant to playing the Portgual legend than his predecessors, blasting that he did not respect the Dutchman. 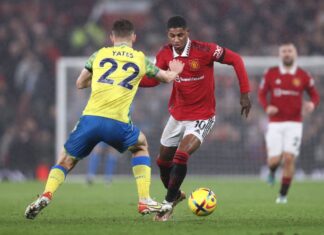