FIFA has announced that it is launching an investigation into the actions of the Argentina side after they beat France on penalties to win the 2022 World Cup final.

The global governing body has ‘opened proceedings’ against the Albiceleste for potentially violating several clauses of the FIFA disciplinary code during and after the showpiece event, namely clauses for fairplay and player misconduct.

Argentina World Cup hero Emiliano Martinez has continued his fine form with a brilliant point-blank save against Leeds, with Lionel Messi scoring a stunning goal and showing off his foot work in his first game back for PSG. 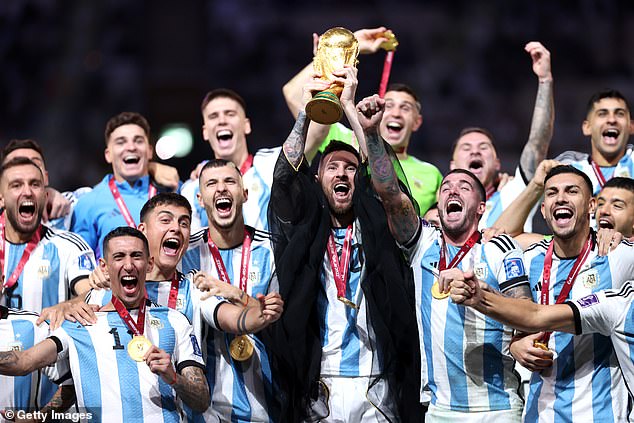 FIFA’s statement read: The FIFA Disciplinary Committee has opened proceedings against the Argentinian Football Association due to potential breaches of articles 11 (Offensive behaviour and violations of the principles of fair play) and 12 (Misconduct of players and officials) of the FIFA Disciplinary Code, as well as of article 44 of the FIFA World Cup Qatar 2022 Regulations in conjunction with the Media and Marketing Regulations for the FIFA World Cup Qatar 2022™, during the Argentina v. France FIFA World Cup final.’ 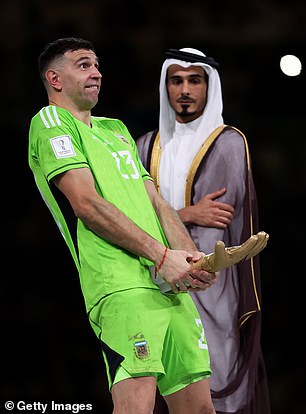 Emi Martinez was criticised for his actions

The Aston Villa goalkeeper was also pictured several times seeming to mock defeated forward Kylian Mbappe – despite the PSG star scoring a hat-trick and converting his spot kick in the shoot-out.

He was seen holding a toy baby with the striker’s face stuck on, as well as calling for a moment of silence in the dressing-room after the game to honour the death of Mbappe.

Five Argentina players were shown yellow cards by referee Szymon Marciniak, with a caution for Martinez coming during the fateful shoot-out in which he was seen dancing after French misses and throwing the ball away before penalties.

And the party continued for several days after Messi and Co lifted the iconic trophy, with the players flying back to Buenos Aires to be swamped by four million jubilant Argentinian fans. 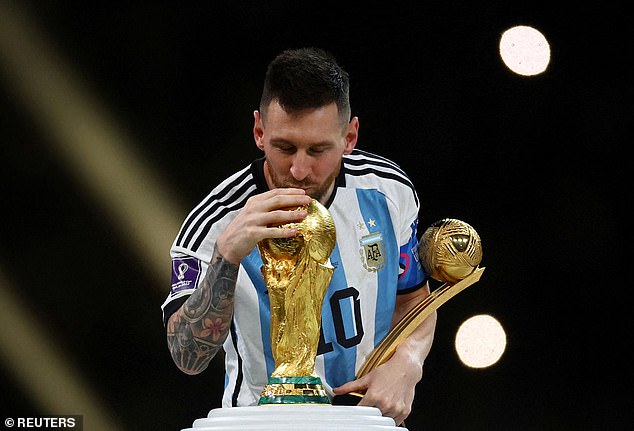 Should the Albiceleste plead guilty to any charges that might be levelled against them, the Argentina Football Association could be faced with a sizeable fine.

However the winners were not the only team to draw FIFA’s attentions, with Ecuador and Serbia being sanctioned with partial stadium closures for breaching the discrimination clause, with Serbia also violating the misconduct clause too.

Mexico has been fined 100,000 Swiss Francs and must play one match behind closed doors due to discriminatory chants, while FIFA has opened proceedings against Croatia for potential misconduct and offensive behaviour breaches. 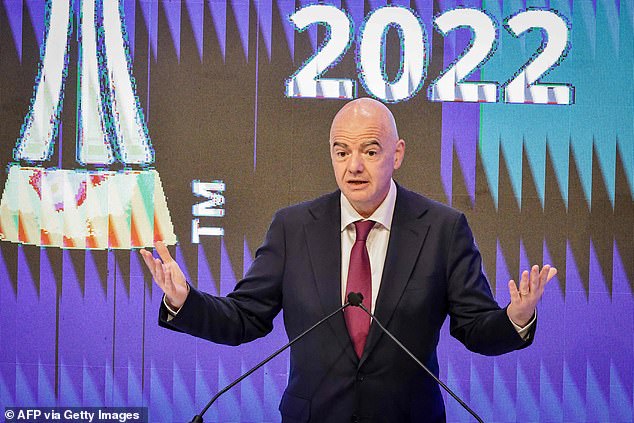 FIFA has also sanctioned three other football associations, as well as opening proceedings into Croatia