Serena Williams of the US (C) shares a lighter moment with Rafael Nadal of Spain (L) and Novak Djokovic of Serbia (R) as they and other top players play in the Rally for Relief charity tennis match in support of the victims of the Australian bushfires, in Melbourne of January 15, 2020, ahead of the Australian Open tennis tournament. (Photo by WILLIAM WEST / AFP)

The two tennis legends, with 39 Grand Slam singles titles between them, were at the Rod Laver Arena in a bid to swell the vast sums already donated to help victims of the devastating disaster.

“Twenty years this has been my home and I’ve had so many great matches on this court and in this country,” said Williams, whose young daughter Alexis Olympia was thrilled to meet some firefighters this week.

“And that’s we’re all here tonight to support and help out.”

Tennis Australia said it expected the “Rally for Relief” to raise “hundreds of thousands of dollars” to add to the more than Aus$2.8 million (US$1.9 million) already stumped up by the global tennis community.

That has included personal pledges and Aus$100 for each ace hit during the Australian tennis swing. Some of the big names also donated merchandise for an online auction Wednesday.

Novak Djokovic of Serbia (L) and Rafael Nadal of Spain (R) share a lighter moment as they and other top players play in the Rally for Relief charity tennis match in support of the victims of the Australian bushfires, in Melbourne of January 15, 2020, ahead of the Australian Open tennis tournament. (Photo by WILLIAM WEST / AFP)

Williams led a team in Fast4 doubles, a shortened version of the game, boosting Thiem and Kvitova, along with Nadal and Djokovic playing together on the same side of the net.

They met Wozniacki’s side that featured Gauff, Osaka, Zverev, and Tsitsipas.

But the evening’s star turn saw Federer play a set against Australian bad boy Kyrgios, who has been driving force behind the fundraising effort.

“It’s emotional stuff,” said Kyrgios. “I just want to have a little fun out here tonight and hopefully we can overcome this.”

The bushfires, unprecedented in their duration and intensity, have claimed 28 lives, destroyed almost 2,000 homes and razed vast tracts of land.

Toxic haze from the blazes has disrupted the build-up to next week’s Australian Open, with qualifying delayed over the past two days and some players taken ill.

Tennis chiefs have insisted any delays to the Grand Slam’s scheduled start on Monday were unlikely given Melbourne Park has three roofed stadiums and eight other indoor courts that could be used in an emergency.

The roof of the Rod Laver Arena was closed for the charity evening. 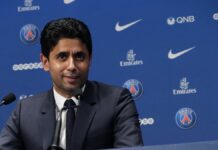 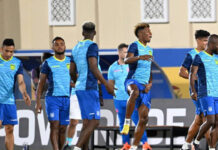 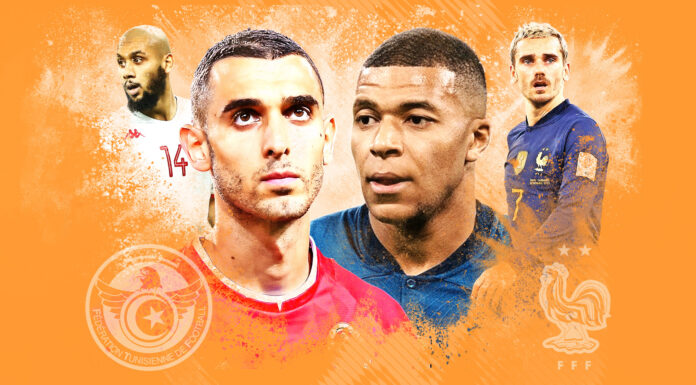 USA players cheered as they arrive back at hotel in Qatar after advancing to...