Switzerland’s Roger Federer celebrates after victory against Hungary’s Marton Fucsovics during their men’s singles match on day seven of the Australian Open tennis tournament in Melbourne on January 26, 2020. (Photo by William WEST / AFP)

Roger Federer is on a collision course with Novak Djokovic at the Australian Open but must first avoid an upset against Tennys Sandgren, while women’s top seed Ashleigh Barty carries home hopes in Tuesday’s quarter-finals.

The first Grand Slam of the year is approaching a climax and some of the biggest names are chasing milestones that would write them another chapter in the tennis history books.

Swiss great Federer has faced most of the top players but never Sandgren, the world number 100 who stands in the way of a potential semi-final with holder Djokovic.

Federer, who is chasing a 21st Grand Slam title, is wary of the strapping 28-year-old American.

“It was impressive how he was competing,” he said of Sandgren’s gritty victory in the last 16 in Melbourne over 12th seed Fabio Fognini.

“I’m looking forward to a tough one,” added Federer, who has reached 14 Australian Open quarter-finals — and never lost.

The winner will face the victor of the other quarter-final on Tuesday between 32nd seed Milos Raonic and Djokovic, the second seed.

Raonic’s weapon is his exocet missile of a serve he has played 59 service games and is yet to be broken, pumping down 82 aces.

But history is with the Serb having never lost to Raonic in nine previous meetings.

In the women’s draw, world number one Ashleigh Barty shoulders Australian hopes and is aiming to be the first home-grown women’s winner since Chris O’Neil in 1978.

The 23-year-old Barty is the sole remaining Australian after Nick Kyrgios was defeated by Rafael Nadal late on Monday.

But Barty faces a stern test in the form of two-time Wimbledon champion Petra Kvitova, the Czech seventh seed.

The other women’s quarter-final is between 14th seed Sofia Kenin — who ended the fairytale run of fellow American Coco Gauff in the last round — and unseeded Tunisian Ons Jabeur. 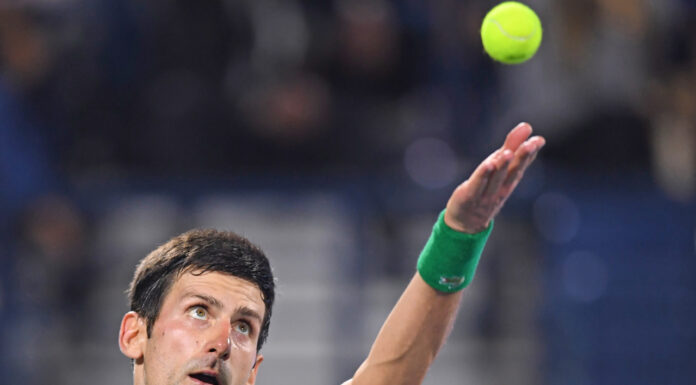 Mbappe played and scored with back injury in World Cup final