‘This is going to be like Fyre Fest, isn’t it?’: Shocked football fans compare footage of World Cup accomodation in Qatar to scenes from infamous Netflix documentary as barren rooms in rows of plastic tents await supporters at the tournament

Furious fans have compared accommodation at the World Cup in Qatar to Fyre Festival, a fraudulent music festival that was housed on the Bahamian island of Great Exuma in 2017.

A video of one site housing fans in Qatar has gone viral on social media just days before the tournament’s opening game between the hosts and Ecuador.

Host nation Qatar has come under intense scrutiny over how it manages its vast population of low-paid migrant workers and its stance on LGBTQ+ rights.

But they are also now facing serious questions over the level of accommodation set up for the thousands of fans descending on the country for the upcoming World Cup, even more so after footage emerged of one of the tent villages.

The footage shows an individual walking through one of the villages before going into one of the tents, showing two single beds.

Fans have since flooded social media with criticism of the facilities and are claiming it looks similar to Fyre Festival, which was pitched as a high-end music festival co-founded by con artist Billy McFarland and rapper Ja Rule, and was heavily promoted by influencers.

The music festival, which was hosted in the Bahamas, never lived up to the sales pitch and ticket holders found the festival was plagued with issues. The failed festival has since featured in a hit documentary, known on Netflix as ‘Fyre: The Greatest Party That Never Happened’. 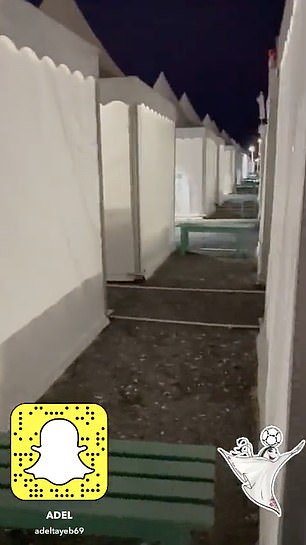 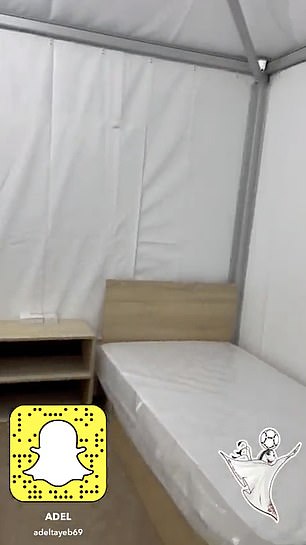 A viral video showing one of the tent village accommodation sites at the Qatar World Cup has drawn criticisms online from furious fans likening it to failed music event, Fyre Festival 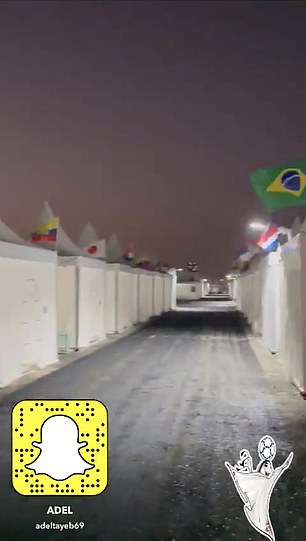 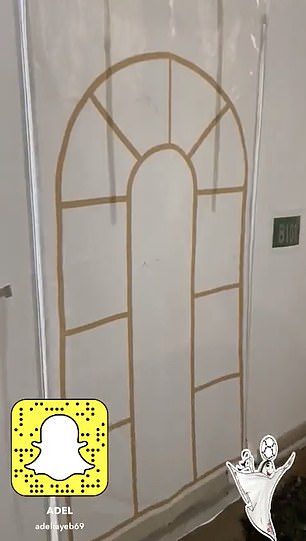 The footage, taken on Snapchat, showed threadbare facilities with two beds inside a tent 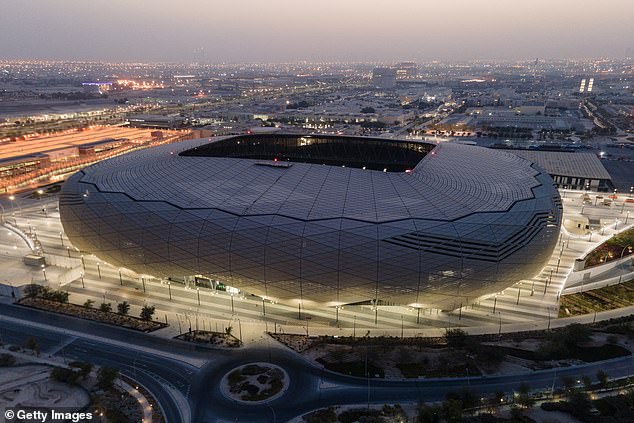 With hotel booking incredibly limited in the tiny state, many fans have opted for the cheapest form of accommodation in the tent villages.

While some reports of tent villages have spoken of luxury mod-cons – lots of space, air conditioning, ensuite bathroom, coffee and tea-making facilities, a TV, a hair dryer, iron and an ironing board, fridge, a safe and even wifi – the viral footage looks much more modest than some may be anticipating as they jet out to Qatar this week.

FIFA described the accommodation with the luxury mod-cons as a ‘unique experience’ that will allow fans to connect with the culture of Qatar.

‘Fan Village Al Khor offers a unique experience of Arabian camping that both reflects and encompasses the traditions of Qatar,’ the governing body’s statement read.

‘The accommodation is comfortably furnished, laden with contemporary touches and in a style reminiscent of a traditional Qatari tent.’

And yet the accommodation disappointment evident among influencers and fans at Fyre Festival was what immediately came to mind for many on social media after seeing the tent village clip.

A second posted: ‘The World Cup in Qatar is FIFA’s equivalent of the Fyre Festival.

A third simply put: ‘This is going to be like Fyre Fest, isn’t it?

A fourth added: ‘I think we’ll get a Fyre Festival type documentary in the future when it comes to the Qatar World Cup.’

One fan simply added: ‘Qatar 2022 is going to be the Fyre Festival of futbol.

Another said: ‘If you’re going to the Qatar World Cup the least you deserve is the Fyre Festival experience.

Another posted: ‘Brought to you by the fine people who created Fyre Festival.’

The tournament gets underway on Sunday when Qatar take on Ecuador in the opening match. 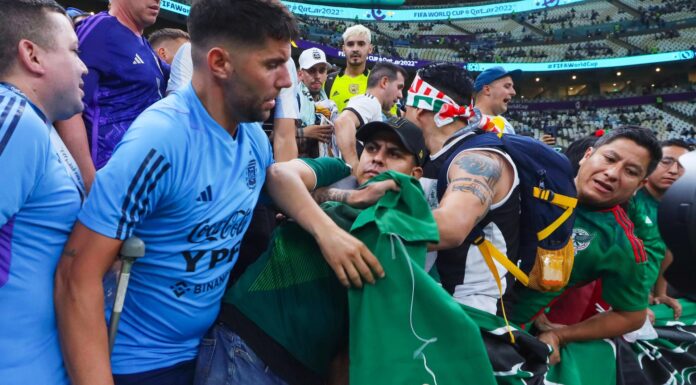