The 26-year-old right wingback left England in 2019 after playing just six times for the Blues.

But in two-and-a-half seasons for Serie A side Torino he has already racked up more than 100 appearances for the club.

He also returned to the Premier League for the 2020/21 campaign after joining Fulham on loan, playing 31 games in the top flight as the Cottagers were relegated.

However, his difficult periods in west London do not appear to have deterred Jesse Marsch as Leeds focus on his consistent displays in Italy.

Aina’s current contract with Torino is due to expire in the summer.

And according to Tuttosport, a third stint in England looks to be on the cards after talks stalled over a new deal.

Leeds attempted to sign him last summer but Aina opted to stay in Serie A.

Now, though, he could be forced out of the door in the January window as Torino bid to cash in on him before his deal runs out.

Aina, who has been capped 17 times by Nigeria, is currently out with a thigh injury and expected back towards the end of the month.

West Ham and Crystal Palace are also thought to be interested in him.

But Leeds are keen for defensive reinforcements having conceded 31 goals in 17 Premier League games.

Marsch’s men sit 14th in the table, without a win in four league matches. 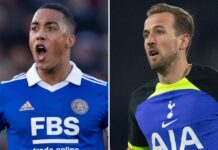 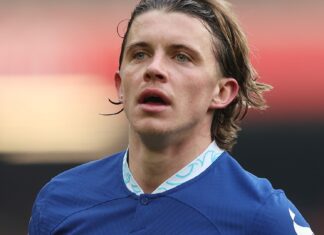