Tipperary’s Rachael Blackmore has become the first female jockey to win a Champion Hurdle at Cheltenham.

She piloted the 11-to-10 favourite Honeysuckle to victory, romping home six-and-a-half lengths ahead of Sharjah, with last year’s winner Epatante in third.

Blackmore says her win is a lot to process

Two of the day’s other grade ones were both won by odds-on favourites.

While Nico de Boinville was aboard the Nicky Henderson-trained Shishkin for victory in the Arkle.

Jack Kennedy ends the day as leading jockey, following a pair of wins.

Favourite Concertista was beaten into second in the Mares Hurdle by 11-to-1 chance Black Tears.

Vintage Clouds was a 28-to-1 winner of the Ultima Handicap Chase.

The Juvenile Handicap Hurdle was won by 80-to-1 outsider Jeff Kidder.

The SoftCo Series between Ireland and Great Britain has ended in a tie.

The sides drew 1-1 in their third and final meeting this afternoon in Belfast.

Roisin Upton was the Irish scorer this afternoon.

Adam Idah has officially been ruled out of this month’s World Cup qualifiers with Serbia and Luxembourg.

His Norwich manager Daniel Farke says the striker must see another specialist and possibly faces surgery on a hernia problem.

That game is being played in the neutral Puskas Arena in Budapest.

While at the Bernabeu, Real Madrid take a slender 1-nil advantage into their second leg with Atalanta.

The 31-year old Munster back row will step away from the professional game at the end of this season.

It means Saturday’s Six Nations clash with England will likely be Stander’s last in an Ireland jersey.

It’s been confirmed that this season’s Pro 14 final will be played at the RDS.

Leinster will face Munster at the Ballsbridge venue on March 27th, with a 5pm kick-off time.

Leinster will be back at the RDS the following Friday to take on Toulon in the last-16 of the Heineken Champions Cup.

Munster’s game with Toulouse will be the following evening at Thomond Park, at 3. 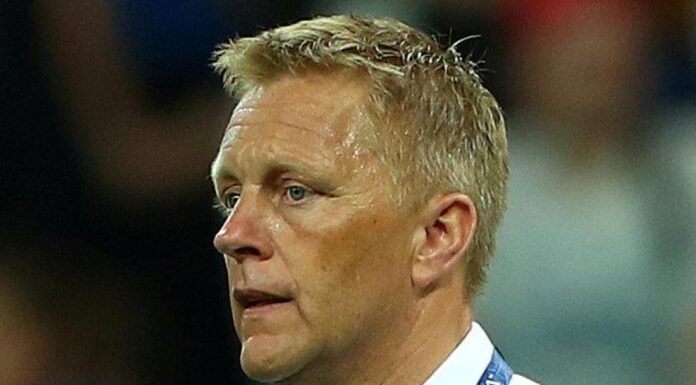