Tadhg Beirne will make his first Munster appearance since December in Sunday’s Pro 14 meeting with Connacht.

His introduction to the second row is one of five changes to the pack.

Sammy Arnold and Abraham Papali’i will make their Connacht debuts in that game.

Eoghan Masterson is the only man retained from last week’s defeat of Ulster.

Ian Madigan will make his first start for Ulster against his former side Leinster tomorrow.

Dan McFarland’s made eight changes to last week’s side.

It’s literally all-change for Leinster, with Ed Byrne captaining a completely different 15 from the one that started against Munster.

Jeff Hendrick says being linked with AC Milan during the summer has boosted his confidence.

The Republic of Ireland international has now signed for Newcastle.

But knowing they had to fight off competition from the Italian giants put a smile on Hendrick’s face.

London City midfielder Alli Murphy and Wexford’s Ellen Molloy have been called into the Republic of Ireland women’s squad for the first time.

They’re among a 30-strong provisional panel named in advance of next month’s European Championship qualifier away to Germany.

Vera Pauw’s squad will be trimmed to 23 ahead of the match in Essen.

John Caulfield’s first game in charge of Galway United is an FAI Cup second round tie at home to Shelbourne tonight.

Elsewhere, it’s an all-First Division meeting of Athlone and Wexford.

Jonathan Caldwell is just above the cut mark at the UK Championship.

He’s in the clubhouse on 1-over par after shooting a 74 at The Belfry today.

Paul Dunne is currently 2-over par.

South Africa’s Justin Walters and Benjamin Hebert of France jointly lead on 8-under.

Rory McIlroy gets his second round at the BMW Championship underway just before 6pm.

He’ll tee off from level par.

Hideki Matsuyama heads the field on 3-under par.

The Irish Grand National will not be rescheduled this year.

The 2020 renewal was due to be run on Easter Monday, but was postponed due to the coronavirus pandemic.

Horse Racing Ireland hope the 2021 edition can go ahead as planned at Fairyhouse. 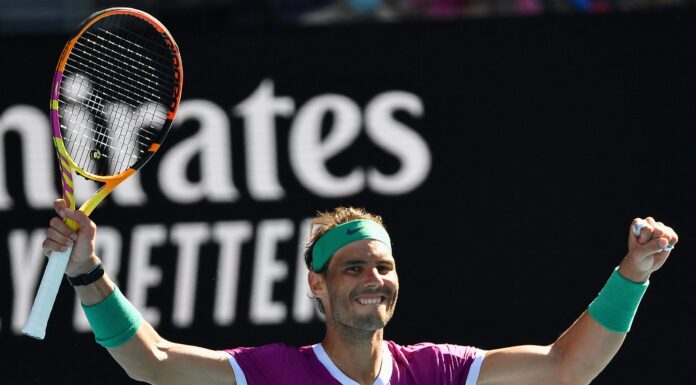 Colin Kaepernick: Timeline of a Gesture and its Echoes