The FAI has joined with Sheffield United in offering its support to David McGoldrick.

The striker was the subject of racist abuse following his brace against Chelsea on Saturday.

The FAI says that such behaviour is appalling and cannot be tolerated by football or society.

Manchester United can go third in the Premier League table tonight with a victory at home to Southampton.

A top-four finish is a must to qualify for the Champions League, following Manchester City’s victory at the Court of Arbitration for Sport.

They successfully appealed against their two-year ban for breaches of financial fair-play rules.

Kick-off at Old Trafford is at 8.

SSE Airtricity League clubs will learn of their fixtures for the remainder of the season within the hour.

Earlier today, 2018 winners Dundalk were drawn to face Waterford in the first round of this season’s FAI Cup.

The other thirteen league clubs receive a bye to the second round.

A place in next season’s Championship awaits either Oxford or Wycombe tonight.

They meet in the League One playoff final behind closed doors at Wembley, with kick-off at 7.30.

Washington’s NFL franchise is officially dropping the racist ‘Redskins’ part of its name.

The decision is the result of an internal review, following pressure from team sponsors.

The ‘Redskins’ moniker was bestowed upon them by owner George Preston Marshall, a supporter of racial segregation.

Washington owner Dan Snyder says they’re working on a new name and logo for the franchise.

The remainder of this season’s PGA Tour will be played behind closed doors.

It means the next tournament that could have spectators present is September’s Safeway Open.

Neither the Masters nor the US Open are subject to today’s decision, as they aren’t organised by the PGA Tour. 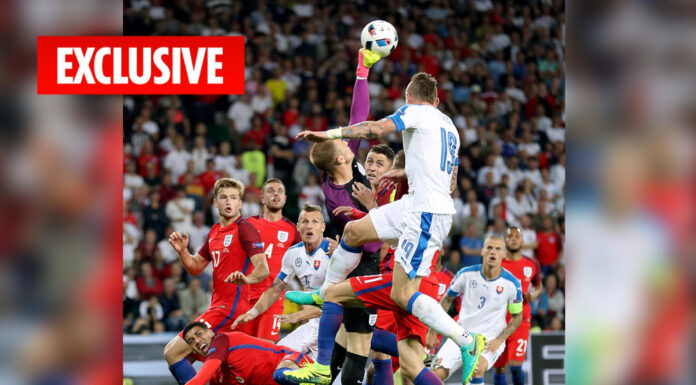 Nadal tests positive for Covid in latest blow for tennis legend | The Guardian...