Pep Guardiola’s side will face either Lyon or Juventus in the quarter-finals – providing they get past Real Madrid.

City will host the Spanish team in the second leg of their last-16 tie next month – and have a 2-1 advantage.

If Chelsea manage to overturn a 3-goal deficit to Bayern Munich, they’d play Napoli or Barcelona in the last-eight.

The two Premier League clubs could then meet in the semi-finals.

The other side of the draw is much clearer.

Leipzig will take on Atletico Madrid in the quarter finals.

And the winner of that will go up against either PSG or Atalanta.

United will bring a 5-0 advantage into their last 16 second leg with LASK – and would face either Copenhagen or Istanbul Basaksehir in the quarter finals.

Should Wolves get the better of Olympiacos to reach the last 8, they’ll have a difficult quarter final against either Roma or Sevilla.

Liverpool manager Jurgen Klopp has confirmed Jordan Henderson will miss the rest of the season.

The midfielder suffered a knee injury in Wednesday’s 3-1 win over Brighton – but won’t require surgery on the problem.

However, Klopp says the club captain will still lift the Premier League trophy when they face Chelsea in their last home game of the season.

Fulham can secure a playoff spot in the Championship tonight with victory at home to Cardiff.

Before that, bottom side Luton travel to Huddersfield.

Play has been suspended due to the weather on day 2 of the Workday Charity Open at Muirfield.

When the hooter sounded, Graeme McDowell was 4-under par with six to play.

Collin Morikawa is the course leader on 11-under par

The John Gosden-trained Nazeef claimed a first group 1 of the season with victory in the Tattersalls Falmouth Stakes at Newmarket.

The 9-to-2 shot just pipped Billesdon Brook to the post, with odds-on favourite Terebellum coming in third. 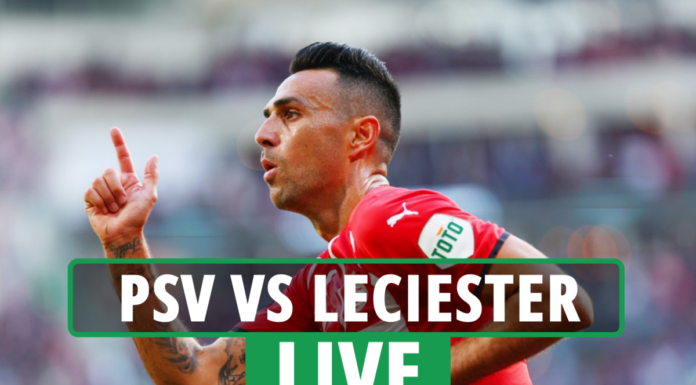