Tottenham manager Jose Mourinho still believes his side can finish in the Premier League’s top six.

It’s eleven years since Tottenham last missed out on European football, and Mourinho’s hoping to avoid the same fate

Kick off tonight is at 8.

Republic of Ireland forward Ronan Curtis could be 90-minutes from Wembley.

His Portsmouth side are tied at 1-apiece with Oxford going into the second leg of their League One playoff.

That game is just underway at the Kassam.

Things should be more straightforward later for Wycombe, who lead Fleetwood 4-1 ahead of their second leg.

Elliott only turned 17 in April.

Manager Jurgen Klopp says the culture at the club is perfect for Elliott’s development.

It’s been confirmed that Ireland will play world champions England in three one-day internationals this summer.

All three matches will be played behind closed doors at the Ageas Bowl in Southampton.

England have also confirmed Test and T20 series’ with Pakistan.

The English RFU has announced 139 jobs will go as part of cost-cutting measures due to coronavirus.

It equates to around a quarter of the workforce at English rugby union’s governing body.

Chief executive Bill Sweeney says it could take the RFU four to five years to recover from the crisis, estimating a short-term loss of 107-million pounds.

Organisers of the World Snooker Championships remain hopeful they’ll be allowed a crowd at the Crucible Theatre.

The delayed tournament is due to get underway on 31st.

The World Snooker Tour say they remain in discussions with the UK government over the possibility of allowing some fans into the Sheffield venue.

Bryan Cooper landed a double at Bellewstown on Saturday where he shared winners with his former weighroom colleague Andrew McNamara and Shark Hanlon. The McNamara-trained Very Excellent ran away with the 2m maiden hurdle. Sent off at odds of 16/5, the four-year-old gave Cooper an easy time of it as he beat Top Line Tommy by eight and a half lengths.

Whatsinthecorner completed the brace when coming from well off the pace to win the 2m handicap hurdle. A 14/1 chance, the eight-year-old is heading to Galway at the end of the month according to trainer Shark Hanlon after beating the Peter Fahey-trained Shamad by three and a quarter-lengths.

Aidan O’Brien and his youngest son Donnacha were classic heroes in a wonderful two days for the family at Epsom and Chantilly. Aidan recorded a Derby/Oaks double at Epsom on Saturday and became the Derby’s winning most trainer as 25/1 chance Serpentine made virtually all the running under Emmet McNamara for a stunning five and a half-length success. It was O’Brien’s eighth win in the race and 30-year-old McNamara was winning on his first Derby ride. Love added to her Newmarket 1,000 guineas victory with a runaway nine-length win in the Investec Oaks. Ryan Moore was again in the saddle as the 11/10 favourite easily brushed aside her stable companion Ennistymon to give O’Brien his eighth Epsom Oaks success. Donnacha O’Brien became the third member of the O’Brien family to train a Classic winner when Fancy Blue, runner-up in the Tattersalls Irish 1,000 Guineas, led home an Irish-trained 1-2-3 in the Prix De Diane Longines at Chantilly on Sunday. She battled well to beat the Jessica Harrington-trained Alpine Star by a short-neck with his father’s Peaceful a head away in third place. The 21-year-old, who has now trained four winners in all, watched the race from Fairyhouse racecourse. Both Love and Fancy Blue could reappear in the Irish Oaks at the Curragh. 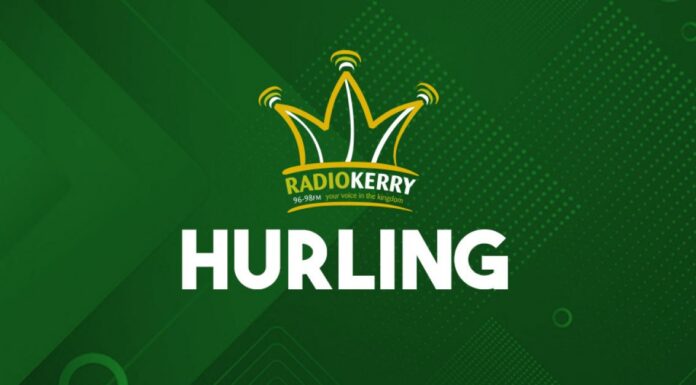 No Player Less Than 100% To Be Risked For Kerry Hurlers