The GAA has confirmed that its Kelloggs Cúl Camps will go ahead from July 20th.

They say the camps will be allowed to go ahead following extensive planning relating to health and safety.

Venues will be made known on Monday when applications open.

The company was set up by the son of the King of Bahrain and is based in that state.

In a statement released this morning K-H-K says it has “discontinued its engagement with Daniel Kinahan and he is no longer an advisor” to the company.

The announcement comes a week after the Irish Government wrote to authorities in the United Arab Emirates.

At 10 to 2, the Queen Anne Stakes Group 1 race was won by Aidan O’Briens “Circus Maximus” 4/1 f who pipped the Frankie Dettori mount of Terebellum in a photo finish.

Frankly Darling was the winner at 11/8 f

Alan Reynolds says leaving Waterford is the most difficult decision of his career.

His three-and-a-half year spell as manager came to an end earlier today.

Reynolds has been linked to coaching roles with Dundalk and the Republic of Ireland under-21 team.

The Premier League’s chief executive is “confident” fans will be allowed into stadiums at the start of next season.

English top-flight fixtures resume tomorrow, but the rest of the current campaign is being played behind closed doors.

Richard Masters says plans are being put into place to get supporters back at matches as soon as possible.

Manchester City boss Pep Guardiola admits his players will need time to get used to playing matches behind closed doors.

The Premier League champions face Arsenal tomorrow night, in their first game since the sport was suspended in March.

Guardiola says the “new normal” will take a bit of getting used to.

Hull’s bid to stay in the Championship has been served with a blow.

Both their captain and vice-captain won’t play out the season.

Skipper Eric Lichaj and his deputy Jackson Irvine, plus Stephen Kingsley and Marcus Maddison, have been unable to negotiate contract extensions.

Partick Thistle have joined forces with Hearts to launch a legal challenge to their relegation.

An anonymous offer to pay the costs’ has been accepted by their board.

Both clubs, and Stranraer, were consigned to the drop when the final attempt at league reconstruction failed yesterday.

A final decision on when Test matches will be played in 2020 will be confirmed by a vote on 30 June.

The game’s unions, clubs, competitions, and players body met on a ‘Professional Game Forum’ video call yesterday to discuss the possibility of all parties aligning for a genuine global calendar in the future.

However, World Rugby has reported that after an exchange of “frank views,” the meeting concluded with “the absence of full alignment.”

Ireland’s 2020 Six Nations matches against Italy in Dublin and France in Paris were among the fixtures to be postponed due to the Covid-19 outbreak, while Andy Farrell’s team also had their two-Test tour of Australia in July postponed.

Former snooker player Willie Thorne has been placed into an induced coma in hospital after suffering respiratory failure.

The 66-year-old, who announced he was battling leukaemia in March, was taken ill in Spain last week with dangerously low blood pressure.

A page set up to help pay for Thorne’s treatment has raised more than 17-thousand pounds. 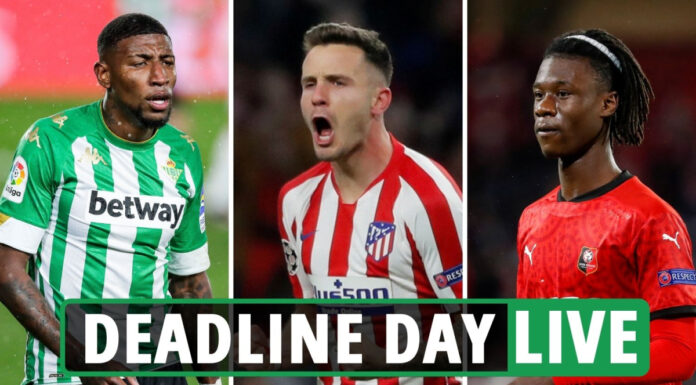