The FAI have confirmed that the Republic of Ireland’s women’s team will complete their European Championships qualifying campaign by the end of the year.

Vera Pauw’s side sit top of their group but still have to face favourites Germany twice.

Ireland will go to Germany on September 19th ahead of a trip to Ukraine on October 23rd.

The final round of matches will see Ireland host Germany on December 1st.

Premier League clubs have moved a step closer to a return to action by voting unanimously to approve the return of contact training.

They’ve given the green light for group sessions to resume ahead of a planned restart of the league next month.

Players will be able to tackle in training but have also been asked to minimise any unnecessary close contact.

The Tottenham boss thinks teams won’t be able to afford to spend big money because of the financial impact of the pandemic.

Liverpool captain Jordan Henderson admits the prospect of lifting the Premier League trophy at an empty stadium is “pretty strange”.

Jurgen Klopp’s side need just six-points from their remaining nine games to be crowned English champions for the first time in 30 years.

The England midfielder added that they’re ready to finish the campaign strongly when it resumes.

David Luiz looks set to leave Arsenal at the end of next month.

The Brazilian defender’s one-year contract is set to expire and the club aren’t planning to offer an extension.

Luiz said earlier this month that he’d like to return to Benfica for the final seasons of his career.

The International Cricket Council has rejected claims this year’s T20 World Cup will be postponed.

Ireland is among the 16 nations in the tournament which is due to take place in Australia through October and November.

Despite the uncertainty of the coronavirus pandemic the ICC says a number of contingency plans are being considered, which will be discussed at a board meeting tomorrow.

Cork footballer Ciaran Sheehan has urged caution around a return to play for senior intercounty players.

GAA president John Horan has hinted that it could be next year before there is any competitive action but said that it will be October at the earliest.

Former Meath footballer Colm O’Rourke said at the weekend he believed there could be games before the end of the summer.

The €3million facility in Mayo will allow games and training to take place indoors. Despite construction coming to a halt in March due to the pandemic, Prenty says it remains on course to be completed on time.

Saracens have announced they’ve signed Welsh international Aled Davies for the start of next season.

The scrum-half is leaving Ospreys after agreeing a three-year contract at Allianz Park.

Davies will be playing in the English Championship after Saracens were relegated for salary cap breaches.

Meanwhile Munster have paused their season ticket scheme for the 2020 / 2021 campaign as rugby counts the cost of the pandemic.

Professional tennis will return in the UK at the start of July.

The LTA has announced that it will put on four, three-day tour events that will take place behind closed doors at the National Tennis Centre in Roehampton.

And there have been a total of 369 entries submitted for the return of horse racing in the UK at Newcastle next Monday.

Only 120 runners will be permitted on the day.

The N-H-L have opted to end their regular season following consultation with players.

They will instead progress straight to an expanded playoffs series which will be played in two cities.

The final conference standings will be determined by points percentage. 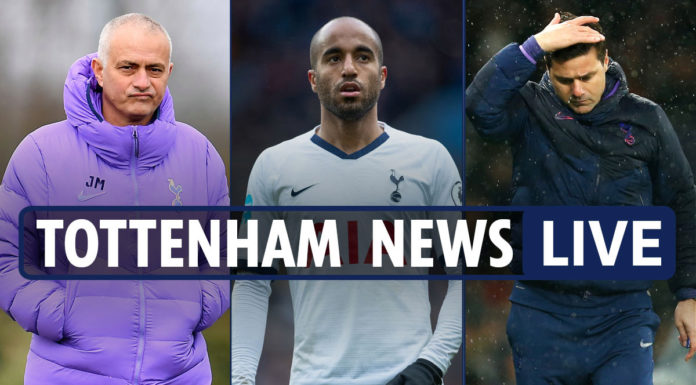 World Cup 2018: Didier Deschamps becomes only third person ever to win tournament as player and boss after France beat Croatia