The Republic of Ireland international posted a picture of himself wearing a balaclava while talking to his children, along with the caption “history lesson”.

The FAI have agreed that the new Women’s National League will start on the last weekend in June.

The sport is on lockdown in the country until April 19th at the earliest due to the COVID-19 pandemic.

The WNL season will be played over two rounds, with 18-games a side while the League Cup has been deferred.

The England winger became the first Premier League player to test positive for Covid-19, when he was diagnosed earlier this month.

Lampard says he’s thankful Hudson-Odoi “didn’t suffer too much” and they’re happy he’s come through it.

Confirmation that Katie Taylor’s next fight with Amanda Serrano is to be postponed is due on Monday.

Promoter Eddier Hearn says that all three of his scheduled cards for May will be put back due to the coronavirus outbreak.

Taylor’s due to face Serrano in Manchester on May 2nd on a card headlined by Dillian Whyte and Alexander Povetkin.

The Camogie Association has extended its current suspension until the 19th of April at the earliest.

They’ve also made the decision to postpone Congress, which had been due to take place in Clonmel next weekend so the event will be rescheduled for later this year.

There are still a couple of rounds of games to be completed in the National Camogie Leagues and it’s unclear if they’ll be finished before the Championship gets underway later in the year.

US Open organisers are hopeful of staging this year’s tournament later in the year.

The New York Post claim that the June tournament is set to become the third major of the year displaced by the coronavirus.

The Masters and USPGA have already been postponed, while the R-and-A are continuing to monitor the situation regards this year’s Open.

A U-S-G-A source told the post that this year’s US Open will still be held at Winged Foot. 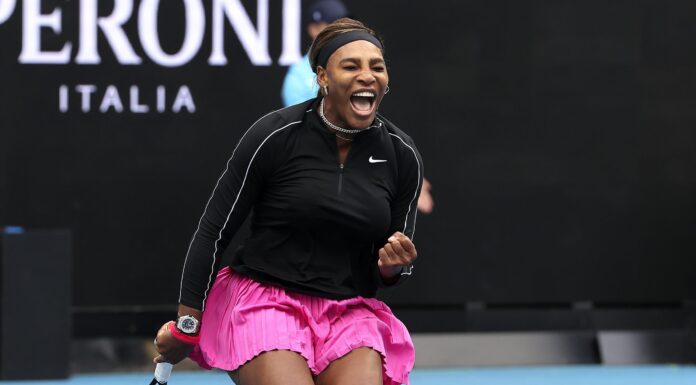 Tottenham have ‘a number of issues’ to overcome in bid to appoint Nuno Espirito...

Serena Williams prepares for final curtain call at US Open — Sport — The...