MANCHESTER UNITED may have to get out of their slumber and into the Champions League if they want to sign Erling Haaland – because the striker loves the competition so much he has the anthem as his alarm.

In his debut campaign in Europe’s premier club competition, the Salzburg ace sits as top scorer with seven goals in four games.

The £86million rated United and Arsenal target has already hit four hat-tricks this season, one of which coming on his debut Champions League appearance versus Genk.

With further strikes against Liverpool and Napoli, Norweigan international Haaland has come to adore the competition.

He revealed to TV2: “[The anthem] is my alarm tone.

“I always get a perfect start to the day.”

Reports recently suggested Barcelona don’t want to stump up the mega fee associated with the 19-year-old and he insists he won’t lose his focus.

Haaland continued: “I don’t know what it’s like to lose your grounding. I don’t know.

“I am just myself. I come from Bryne and I live the dream. That’s how it is.”

Stating that he is in no rush to select his next club, he echoed his former footballer father Alf-Inge in playing down the need to leave Salzburg soon.

“Whether that happens now or at a later stage, we don’t know.”

But with the Champions League so close to his heart, Ole Gunnar Solskjaer may struggle to convince his countryman that Old Trafford is the right place to be – unless he can return the Red Devils to their former glory. 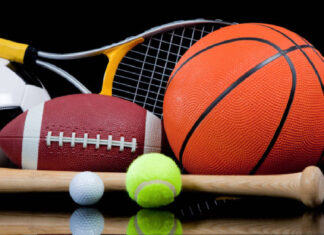 sportslatestnews - May 13, 2021
0
The Nigeria Olympians Association (NOA) has chosen former international tennis star, Prof. Sadiq Abdullahi as the co-chairman and ambassador at its forum and...