ERIK TEN HAG blasted his Manchester United side for throwing away two points by failing to find a killer second goal against Crystal Palace.

Bruno Fernandes had put the Red Devils on course for 10 wins in a row with a clinical finish just before the break.

But Michael Olise’s wonder free-kick in the 91st minute saw the victory slip through their grasp – leaving them eight points off league-leaders Arsenal having played a game more.

And to make matters worse, Casemiro’s yellow card for a rash challenge on Wilfried Zaha means the Brazilian midfielder is suspended for Sunday’s titanic trip to the Emirates.

“We have to invest more to get that second goal and then not be in that situation that a lucky moment costs you two points. 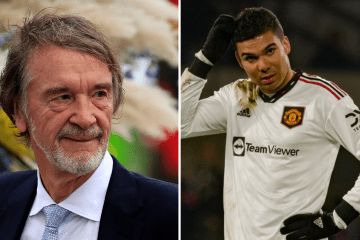 “It’s difficult to say (why). I have to criticise my team. Go for the second.”

United were denied a penalty when sub Scott McTominay was felled by Chris Richards, but Ten Hag refused to criticise referee Robert Jones or VAR who did not give it.

Casemiro will now have to sit out what could be the game of the season this weekend.

But Ten Hag pointed to September’s 3-1 win over the Gunners at Old Trafford – Arsenal’s only league defeat of the season – which was achieved without the Brazilian.

Ten Hag added: “He’s a really important player for us and a reason we’re in this position. But last time we beat Arsenal without Casemiro. We need to do it again.”

Palace could have won it at the death when Wilfried Zaha raced through but he was denied by a stunning last-ditch tackle by old team-mate Aaron Wan-Bissaka.

Zaha said: “It had to be him! As I ran through, I had a little look back and I saw it was Aaron and I knew. He is the only player who can do those scoop tackles from behind.”

Patrick Vieira added: “If it was a different player (than Wan-Bissaka) he wouldn’t catch him.

“That was a tough game against a good side. We needed luck to stay in the game, but we provoked that luck.”

On Olise’s magical moment, the Palace boss added: “It was a fantastic free-kick. You guys can talk about the free-kick and I will look at the other side.

“He is improving his tactical game out of possession. It’s something that is really important for me.”

Fernandes was left frustrated but urged United to move on instantly with Arsenal in their sights.

The Portuguese said: “We’re really disappointed with the result but the next one is close. We have to prepare for the game. Not too much time to recover.” 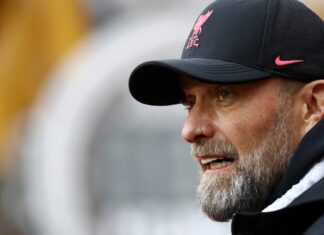