ENGLAND could end up playing their Nations League clash with Iceland more than a thousand miles from Wembley . . . in Albania!

And that would spark another huge club v country row.

If they make the Balkans trip next Wednesday, Gareth Southgate’s stars face not returning home until the early hours of Thursday — two days before the Premier League restart.

That would be a big blow to Frank Lampard whose Chelsea side travel to Newcastle for the first match following the international break — a lunchtime kick-off on Saturday, November 21.

As revealed in the Sun on Sunday, Iceland’s visit to Wembley is in doubt because of the Government’s new Covid-19 travel ban on non-UK citizens arriving from Denmark due to a new coronavirus strain.

Iceland are set to play Denmark in Copenhagen on Sunday — the same day England travel to Belgium — before flying  to London.

The FA are locked in urgent talks with Government officials to force a U-turn and allow the Icelandic team to play at Wembley in eight days’ time.

UK citizens can return from Denmark but must isolate along with all members of their household for 14 days.

But under the new rules, Iceland’s squad will be denied entry into England, meaning the FA are looking at a neutral venue if the Government refuses to back down.

The Albanian FA have offered use of their national stadium in  Tirana — a 2,000-mile round trip for the Three Lions stars.

And the three-hour return flight would mean England’s players missing training at their clubs on the Thursday.

That would hit Chelsea hard as Reece James, Tammy Abraham and Mason Mount are due to play at Newcastle, so they would have little time to prepare.

Cyprus, Greece, Hungary and Poland have previously offered to stage Uefa matches during the coronavirus crisis.

The Cypriots have already committed to hosting a game, while the other three countries all suffered recent spikes in the virus.

Southgate is continuing his preparations for Thursday’s friendly with the Republic of Ireland at Wembley.

Not all of his players will link up with the squad today.

Trent Alexander-Arnold faces four weeks out with a calf injury and there is also a doubt over Marcus Rashford, who has a shoulder problem. 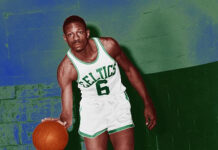 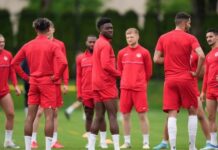 Even in victory Bencic feels Serena’s aura — Sport — The... 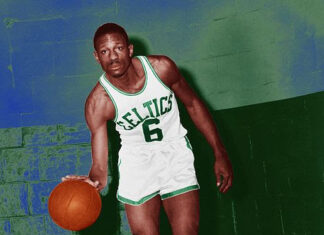 sportslatestnews - August 12, 2022
0
The Association for the Study of African American Life and History mourns the death of William Felton Russell. Russell is the winningest professional...

Even in victory Bencic feels Serena’s aura — Sport — The...