ENGLAND’S World Cup heroics have handed a six-figure cash boost to charities, The Sun can reveal.

Skipper Harry Kane and the squad this week agreed to hand over their entire tournament match fees to good causes.

The pot of cash earned from successful qualification campaign and surprise run all the way to the semi finals will be shared among five charities.

Players met ahead of last night’s UEFA Nations League clash with Spain at Wembley to choose who gets their wages – believed to be just shy of £1million.

The first to receive a portion of the players’ FA-funded wages will be Honeypot Children’s Charity, while the four remaining charities are being finalised this month.

The London-based charity offers respite breaks and outreach support children aged five to 12-years-old who are carers for their parents.

“We were delighted to be selected as one of the charities that will receive a generous donation through the England players’ match fees from the recent World Cup campaign.

“Simply put, this money will have a transformative effect on the work that we do day-to-day and impact positively on the lives of hundreds of young children and those who they care for.

“At Honeypot, children are at the heart of everything that we do and we strive to provide the best possible care and support to as many youngsters as possible.

“However, in the current climate, charities like us face huge fundraising challenges, so to be helped in this way is just amazing – the money that the England players are donating will be our lifeblood.

“The entire country was so proud of Gareth and the boys at the recent World Cup, and rightly so, but we should all be equally as proud of the hugely important work that the squad do off the pitch.”

England’s incredible run – including three knockout games before the third and fourth place playoff – meant even more money was earned for good causes.

Senior players led by skipper Kane are understood to have collectively chosen the beneficiaries.

This week is the first time they have been back together since the Russia campaign.

Three Lions players have been donating their fees distributed via the England Football Foundation (EFF) since 2007 and gave now raised £5.5m for charities.

The CEOs of the four remaining charities are expected to sign off the donations in coming weeks.

A EFF spokesman said: “It’s something the players take a really keen interest in.” 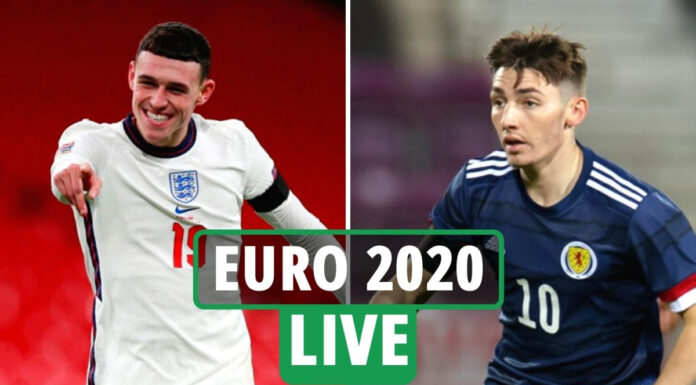 Iain Henderson has been ruled out of Ireland’s with Italy