Edmonton did not make the cut to be one of the 16 host cities for the 2026 World Cup, FIFA revealed when unveiling the two Canadian locations that will be part of a joint bid also involving the United States and Mexico.

Canada will host 10 games at Toronto’s BMO Field and B.C. Place in Vancouver, another 10 will be played in Mexico, and the remaining 60 will take place at several locations across the U.S.

“I am disappointed to announce that Edmonton was not successful in our bid for the FIFA World Cup in 2026,” Edmonton Mayor Amarjeet Sohi said in a news release.

“We advocated fiercely, we had our provincial and federal government partners on board to provide funding, and most of all, we had the support of Edmontonians.”

“I am proud of the bid that we put forward, and I will explore other ways to put Edmonton on the world stage. I wish the recently announced host cities the best of luck in 2026. I will continue to work tirelessly to increase tourism, create jobs and foster community here in Edmonton, Alberta’s capital city.”

Dan Mason, a professor of sport management at University of Alberta, said while the loss hurts emotionally — it isn’t necessarily financially damaging.

“Obviously it would have been great to host some games, but I think there’s a tendency for a lot of overpromising and under-delivering when it comes to things like economic benefits,” he said.

Mason said there’s a whole song and dance when it comes to courting the organizer of the world’s most prestigious soccer match: “FIFA is a very important and self-important organisation.”

“I think if you don’t play things the way that you should politically, I think that obviously you may not find yourself on the winning end of a bid or or the opportunity to be a host city,” he said.

B.C. pulled out of World Cup contention back in 2018 with Premier John Horgan citing the unknown costs of hosting the event.

The province jumped back in last summer, a decision that province said was based on the impact of the COVID-19 pandemic.

Mason said with its scenery and liveability, Vancouver is an easier sell internationally.

“Having said that, it doesn’t mean Edmonton isn’t more capable of hosting an event and doing a good job of putting on a good show.

“But certainly when you have a head-to-head competition between two cities like Vancouver and Edmonton — it makes it difficult for Edmonton.”

Concordia University economics professor Moshe Lander also said Edmonton should be happy it was not selected to hold games, adding the cost would have been much more than the economic benefits.

The Alberta government announced $110 million in funding for the bid earlier this year with a condition that five games be played in Edmonton.

Lander says he believes one of the reasons the city was not selected was because of that condition.

Mason said thing could have happened behind the scenes that led to the city being passed over, “Because I think Edmonton has shown in the past that it sort of punches above its weight when it comes to hosting major sporting events.”

Mason said the economic impact might not have made up for the amount of investment required to host.

“I think it’s disappointing, but at the same time, I don’t think it’s it’s necessarily something that’s really going to hurt the city financially at all.”

The Edmonton Elks also issued a club statement saying they were disappointed.

“As proud members of the Edmonton community we’re disappointed by the news that our city won’t play host to games during the 2026 FIFA World Cup.

“We know Edmonton would’ve been a tremendous host, as it has been so many times before for other premier sporting events.

“We look forward to working with our partners at the City of Edmonton to ensure Commonwealth Stadium continues to evolve and is capable of hosting premier events, while also providing the best possible home for us as the stadium’s anchor tenant.”


Alberta’s minister of culture said the province shares in the “collective disappointment” that Edmonton was not chosen.

“It is unfortunate that soccer fans will not experience the beauty and vibrancy of Edmonton and our province as a whole. Alberta’s government worked hard and committed a significant financial sum to help the bid along,” Ron Orr said in a statement.

“Our province has hosted countless world-class sporting events. Commonwealth Stadium is the biggest facility in Western Canada and would play an excellent host.

“While they won’t have the opportunity to see the games here, we do hope fans visiting Canada watch the matches and take the opportunity to travel to Alberta and experience our first-class western hospitality, our picturesque landscapes and our energetic cities.

“I wish to thank the City of Edmonton for its courage and vision. Your enthusiasm for these games has been noteworthy. We share your disappointment with this decision. I congratulate the successful 2026 FIFA World Cup host cities.”

— With files from Gemma Karstens-Smith, The Canadian Press 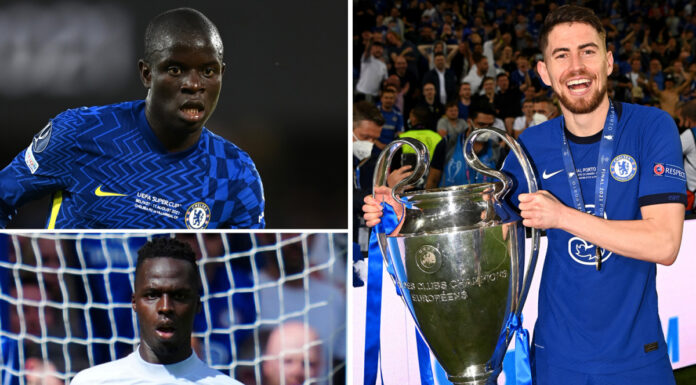 Gareth Southgate contemplating giving Kieran Trippier a starting role in the last 16 against...