EDERSON made a howler to gift Tottenham the opener in their clash at the Etihad.

The City stopper played a terrible pass that Rodri could only flick into the path of Dejan Kulusevski, who coolly swept home.

The reigning champions had been playing some risky football around the back throughout the game, but got away with it on a couple occasions.

However, their luck ran out on the stroke of half-time when another loose pass was capitalised on by Spurs.

Having received the ball back from Nathan Ake, Ederson played a pass into Rodri just inside the City penalty area.

But the midfielder’s attempted clearance landed at the feet of Kulusevski. 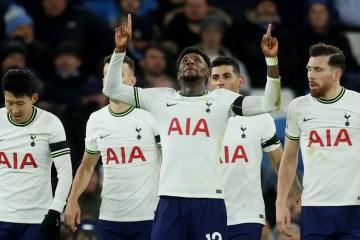 And just like he did on this ground 12 months ago, the Swede accepted the gift to slot past Ederson and put Tottenham ahead.

That’s because the North London side doubled their advantage.

But he owed plenty to Harry Kane, who’s hard work won the ball back inside the box and his powerful shot was too hot to handle for Ederson, who could only parry his effort.

And Emerson Royal was on hand to head home into the empty net for his first ever Premier League goal. 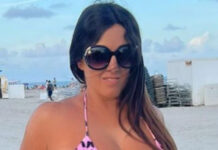 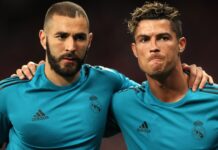 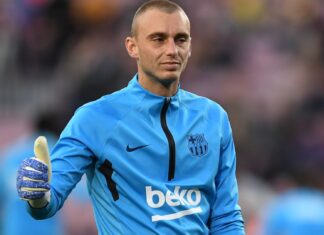