EDEN HAZARD has hinted at an exit from Real Madrid in January as he aims to gain more playing time.

The Belgian winger has struggled to make the desired impact in Spain following his £130million move in 2019.

He has insisted that he wants to play more, but was honest in saying that he had not been good enough to earn a starting spot in the Belgian World Cup team.

“I have even more desire to show that I still know how to play football. I didn’t become useless in two or three years.

“This will be my third [World Cup]. I want to show Belgians that I am still there and that they can count on their captain.

“This may be our last chance of winning something with this great generation. And we are going to try it all.”

The potential loss of his spot in the Belgian team will be on Hazard’s mind, as at the club level he is far behind Vinicius Jnr and Rodrygo in the pecking order at the Santiago Bernabeu.

While he admits that he does not want to leave Madrid, the 31-year-old concedes he may have to evaluate his options after the World Cup.

He added: “It’s complicated because I want to play more. But these things happen in sport. There is a coach who takes decisions.

“As I have always said, when a manager wins it is complicated to question his choices. But I accept it and I try to show every day at training that I can play.

“It’s up to me when I am on the pitch to show what I am capable of and to try to make people believe in me because there are people who have doubts about my qualities, even though I don’t have any doubt. I am sure we are going to see them again.

“The answer is clear, I don’t want to leave Madrid. Now we have to see. It’s not only up to me.

“So, let’s see how this World Cup goes and then we will analyse the pros and cons, what we need to do to keep playing, to keep enjoying it.” 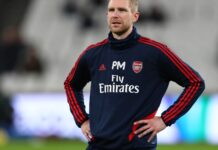 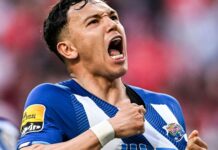 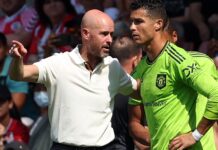 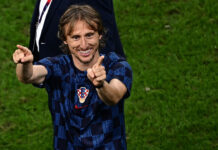